I found no story behind New Hampshire Avenue’s name; in all likelihood, someone just thought it would make a cute pairing with Vermont Avenue one block east. Vermont Ave. was named by 1882. The first mention I found of New Hampshire Ave. was in a January 8th, 1887 ad for a tract that ran between Vermont and New Hampshire and between Pico and Washington. The tract, probably owned by banker Felix C. Howes (1838-1898), was being offered by a real estate auction firm called the Los Angeles Land Bureau, ironically run by San Franciscans but with one local representative: James Boon Lankershim (1850-1931), a big mover and shaker whose father Isaac had brought the San Fernando Valley to life. None of these men had ties to the state of New Hampshire. 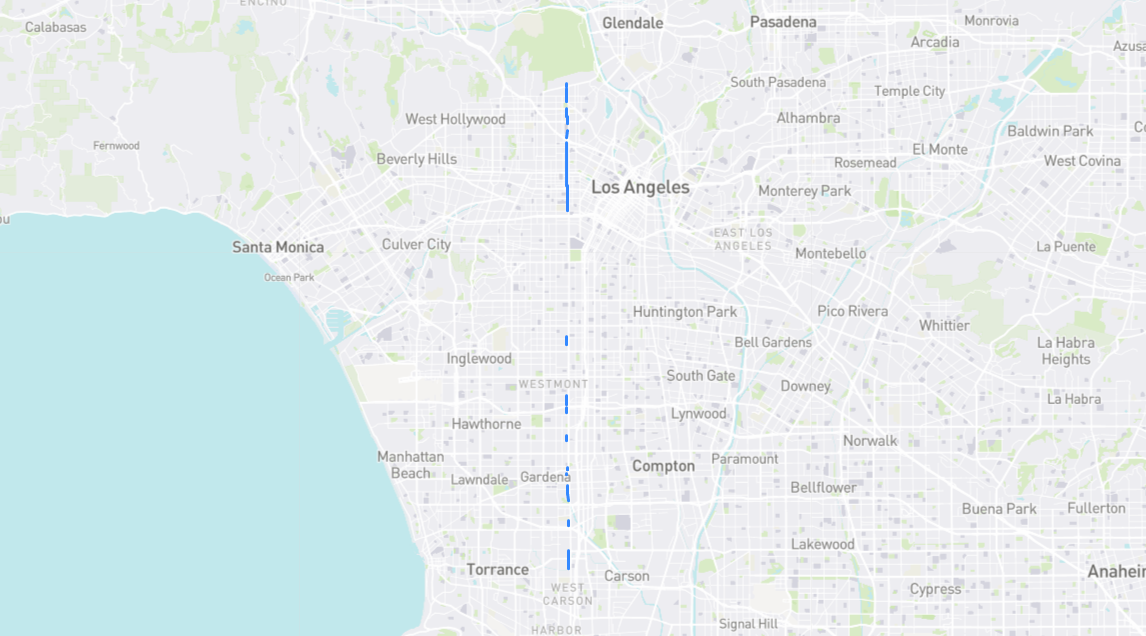