How did Hollywood get its name? There are many theories; somewhere between zero and one of them is true. First, the facts: The Wilcoxes, Harvey (1832-1891) and Daeida (1861-1914), were Midwestern transplants who bought 120 acres of the Cahuenga Valley in 1887. They branded it “Hollywood” and began developing a pious, teetotaling farm community here. (Nice try.) Back then, Hollywood Blvd. was still called Prospect Ave. It became known by its current name in 1901 and was officially changed in 1910 when the City of Hollywood was annexed by Los Angeles. As for the source of the name, there’s an oft-told tale that Ida Wilcox was riding on a train when a fellow passenger told her about her own home called Hollywood, but it’s more likely that Wilcox was inspired by the California holly growing in the nearby canyons. (Her neighbor Ivar Weid may have had a hand in this.) A theory crediting H.J. Whitley with the name has been promoted by Whitley’s great-granddaughter; it’s easily debunked, as Whitley was nowhere near California in the 1880s. Finally, one quote supposedly from Ida Wilcox herself – plausible, but impossible to verify – is that she coined the name simply because she thought holly brought good luck. 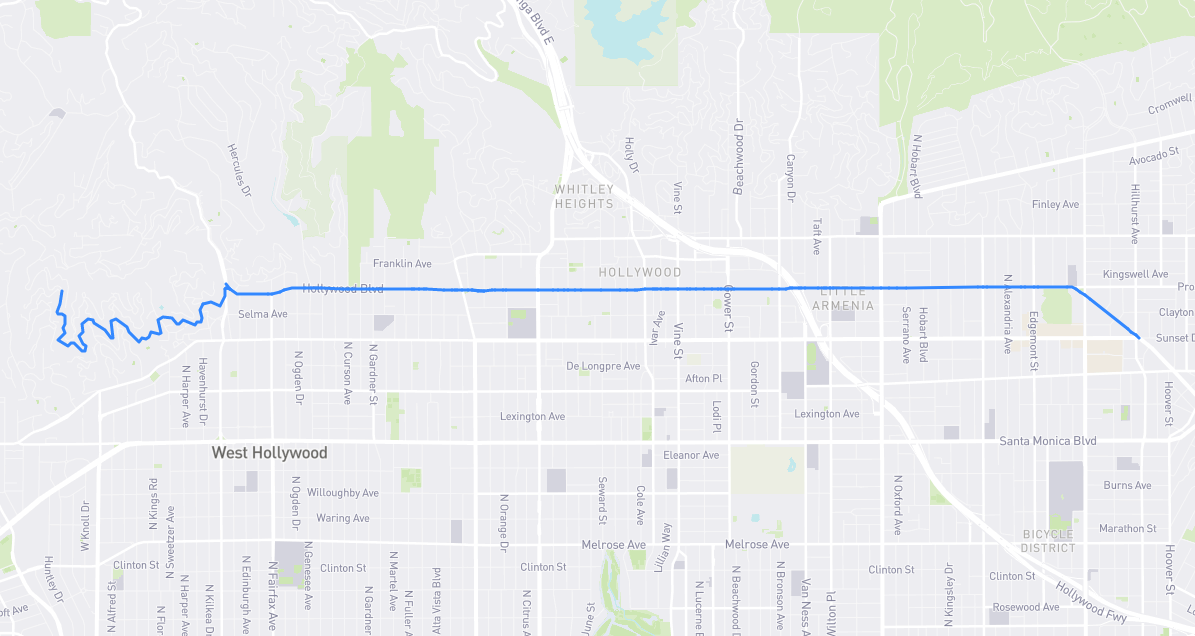