Named for Dr. Jane Bancroft Robinson, Ph.D (1847-1932), who lived on this street between 1918 and 1925, give or take a few months. A French professor and dean of women at Northwestern University from 1878 to 1885, Dr. Robinson was also an influential figure in her beloved Methodist church as a leader in the “deaconess movement” of female missionaries. Born in Massachusetts to a Methodist minister father, Maria Jane Bancroft married Michigan attorney (and prominent Methodist) George Orville Robinson in 1891; the two lived together in Detroit until George’s death in 1915. Jane and her sister Henrietta Bancroft then moved to Pasadena and bought a derelict 12 acre estate, which they cleaned up and dubbed “Robincroft Castle”. 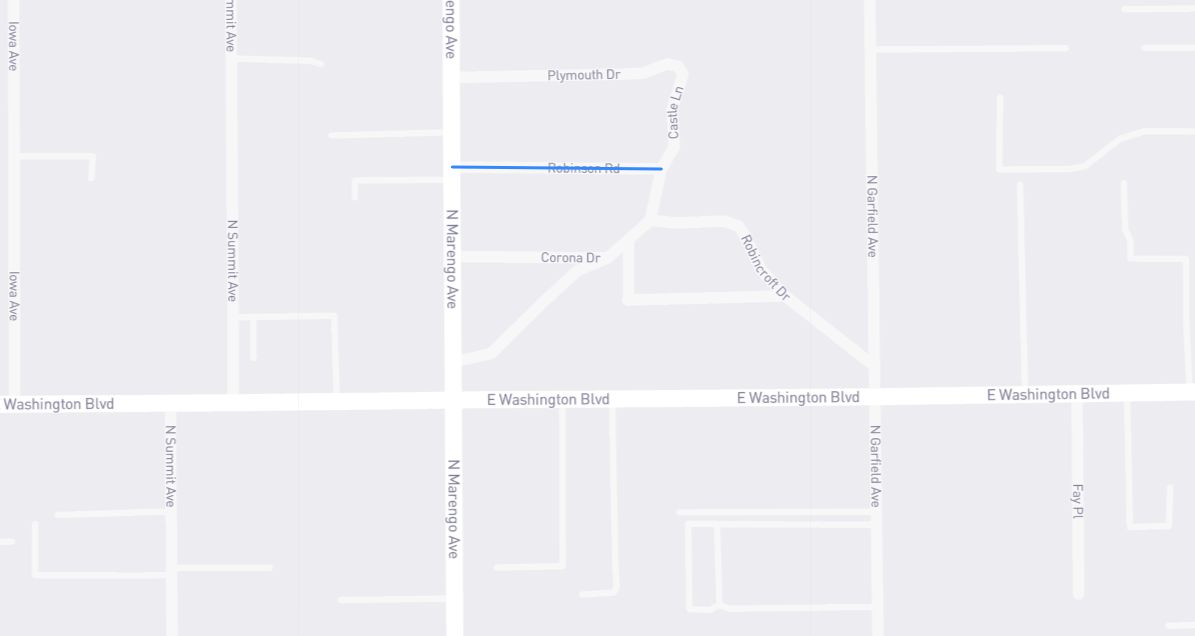