President Barack Hussein Obama’s (1961-) popularity in Los Angeles is such that civic leaders renamed most of Rodeo Road for him in 2019. Located in a historically black neighborhood, Rodeo was elected for the name change because Obama had staged a campaign rally off this street in 2007. The street’s long-perplexing pronunciation (“RO-dee-o”? “Ro-DAY-o”?) and its confusion with a certain drive in Beverly Hills surely helped its candidacy too. (Note: part of Rodeo remains as a side road.) Because Barack Obama had attended Occidental College in Eagle Rock from 1979 to 1981, making him an Angeleno for two years, the stretch of the 134 freeway that runs near Oxy was dubbed the Barack H. Obama Highway in 2018. 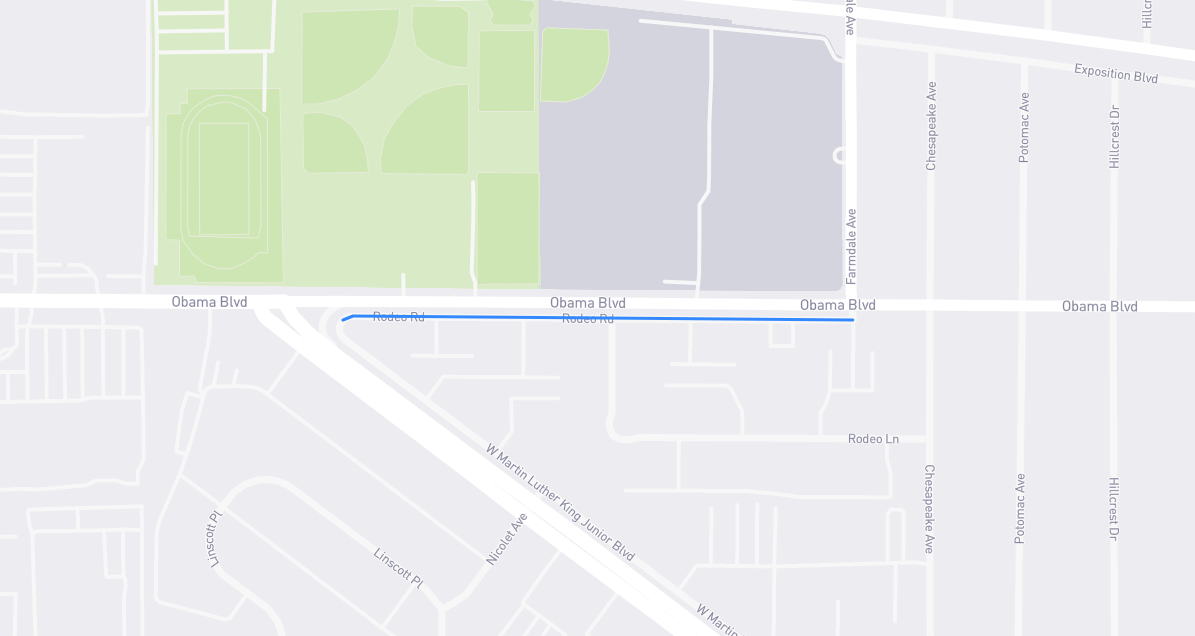