Rodeo Drive takes its name from an old Mexican land grant called Rancho Rodeo de las Aguas (“Roundup of the Waters”, for the confluence of two canyon streams). The 4,539 acre rancho was deeded in 1838 to a soldier’s widow named María Rita Valdez de Villa (1791-1854), although few can agree on the year or the woman’s full name. Rita, the mixed-race granddaughter of one of the 44 pobladores who founded Los Angeles in 1781, raised livestock and built two adobes near present-day Sunset Boulevard and Alpine Drive, but the hardships of managing this vast property were too great, and in 1854 she sold the struggling rancho to “Don Benito” Wilson and Henry Hancock. Then she died. The land went through several more owners (whose names survive in Hamel Drive, Preuss Road, and Whitworth Drive) before finally becoming Beverly Hills in 1906. Note the median on Rodeo north of Santa Monica Boulevard: in 1907, a branch of the Pacific Electric Railway was built here. Called the Coldwater Canyon Line, it ran up to Sunset but proved to be a cash drain, so it was dismantled in 1923. The median then served as a bridle path for residents and their horses until 1938. Now it’s a bunch of bushes. 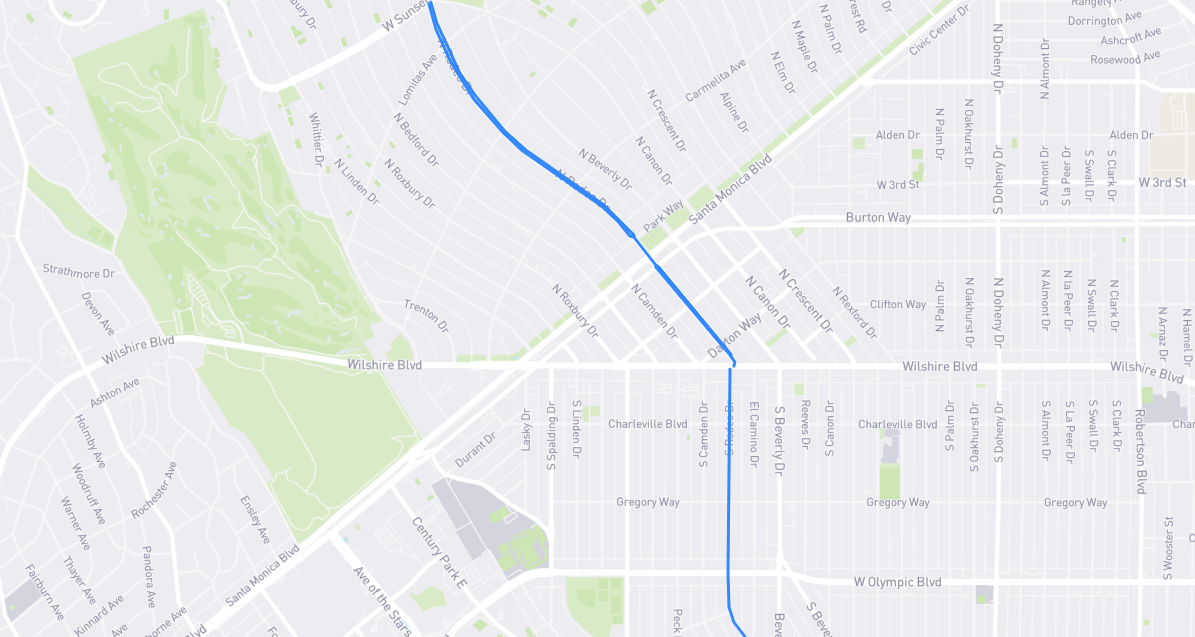