Named for meatpacking titan Julius Hauser (1847-1928), who owned land here. Born in Bad Krozingen, Germany, Hauser came to America in 1867 and lived in the Sacramento area for many years, working as a butcher and marrying local girl Caroline Herget (1861-1913). In 1883, the Hausers came to L.A. and Julius bought the Los Angeles (Meat) Market at First and Main, which became the city’s largest butcher shop under his cleaver. Expanding his business into animal husbandry and meatpacking, in 1888 Hauser bought 9.5 acres of the former Rancho Las Cienegas to set up stockyards and a slaughterhouse. It eventually grew to 143 acres. In 1922, having moved his yards out to the Inland Empire, Hauser hired George Robertson to subdivide his property here. Calling the tract Pico Street Manor, Robertson advertised it as Hauser’s “ranch” and avoided any talk of slaughterhouses. Hauser Blvd. was named at this time. 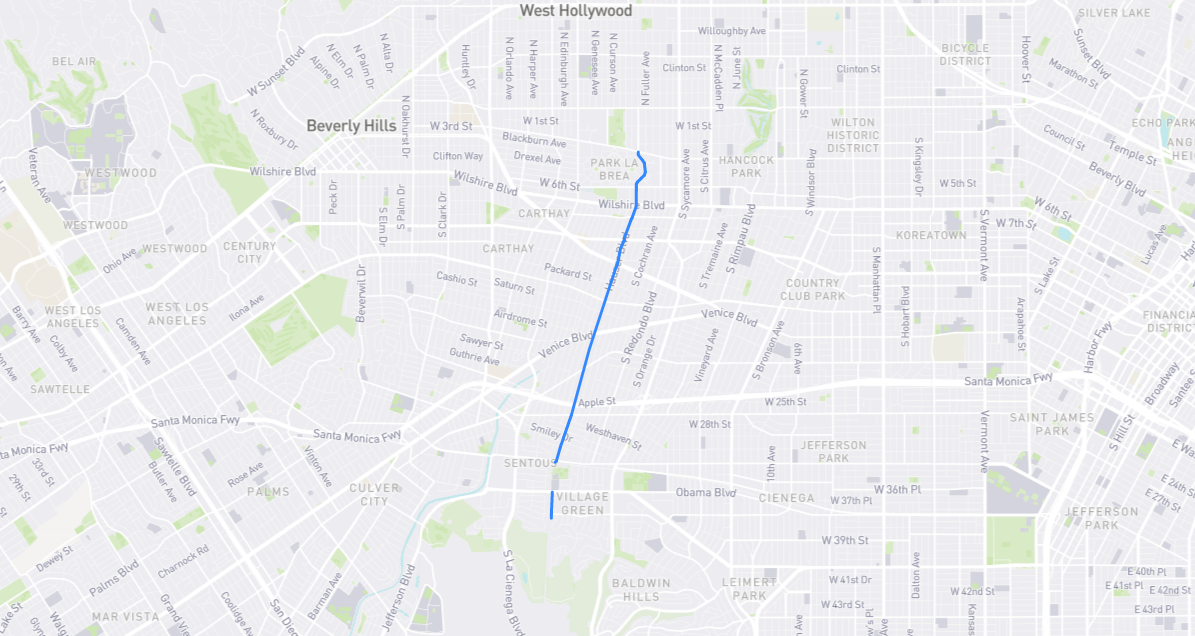