“Ruthelen” is for sisters Ruth Eleanor Wright (1895-1982) and Helen Iola Stevenson (1894-1982). Their parents Richard and Iola List were a Pennsylvania couple who came to L.A. in 1886 and made it big during the city’s real estate boom. In 1912, they subdivided their rancho at Western and Slauson as Chesterfield Square, with son Charles as sales agent. Ruth and Helen’s sister Virginia also got a namesake street: Virginia Place, later consolidated into Manhattan Place. Inexplicably, no such honor was given to the Lists’ fourth daughter Augusta, a missionary who died in China in 1919. Family footnote: Ruthelen Street would hand down its own name to Ruthelen List (1920-1991), Charles’s daughter. Unlike her aunties who went to Mills College, Ruthelen graduated from Stanford. She then married mining engineer Robert Anderson and got into property management. 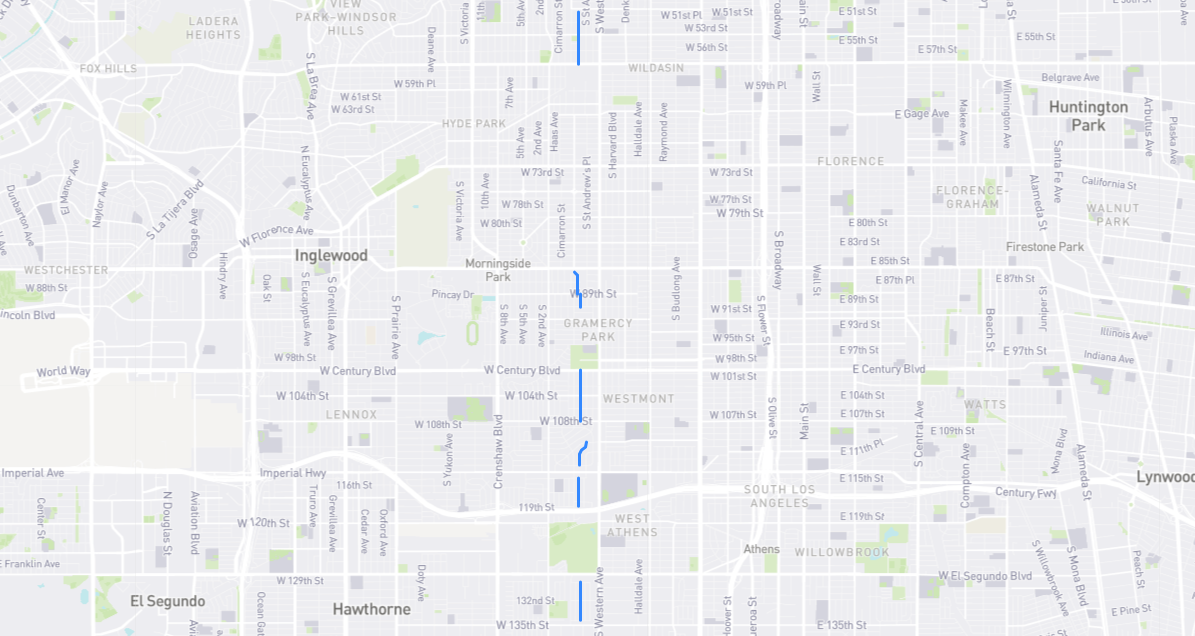