Faith, hope, and charity. The three theological virtues would make for an irresistible trio of downtown streets. Indeed, merchant/memoirist Harris Newmark claimed, in his book Sixty Years in Southern California, that Emeline Childs (1838-1935), wife of prominent citizen Ozro W. Childs, named all three streets in the 1860s. However, while it’s true that Grand Avenue was originally called Charity Street, and Hope Street has of course remained Hope Street, there’s zero evidence that Flower Street was ever called Faith Street. Its first and only name, Flower, was written on the 1849 Ord/Hutton survey map of Los Angeles, although the road itself would remain vacant for twenty more years. Its name, by the way, was supposedly inspired by the blossom-filled hills behind it. 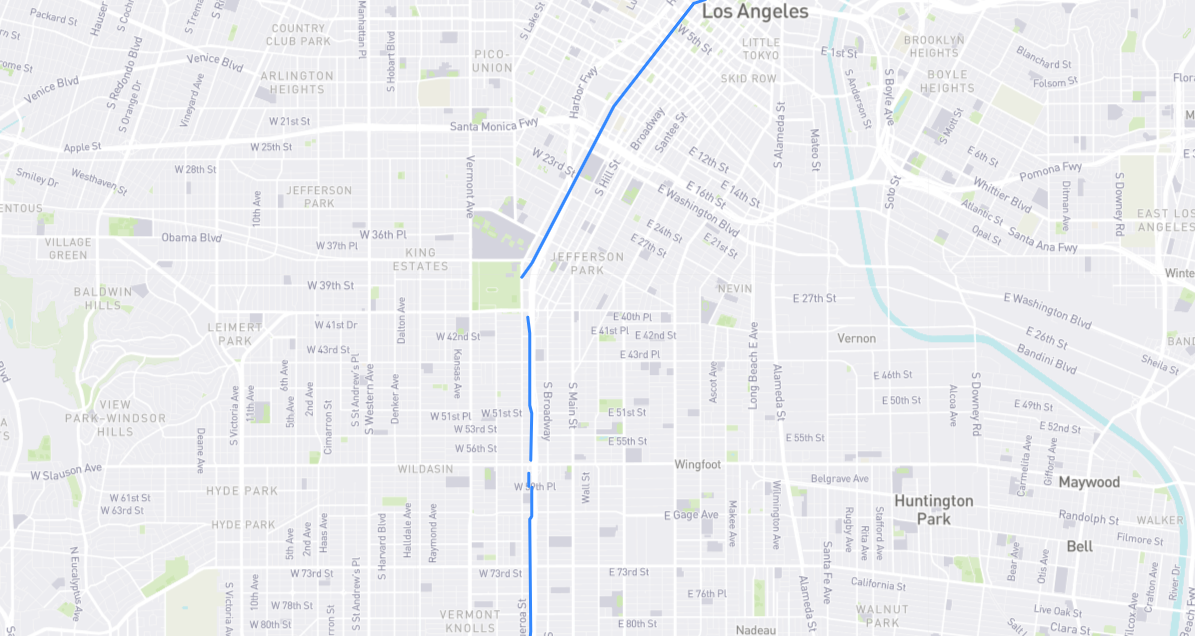