Los Angeles has two entirely separate San Vicente Boulevards. This entry concerns the one that runs between Brentwood and Santa Monica; for the one between Mid-City and WeHo, see San Vicente Boulevard (Central). Laid out in 1905 on the new Westgate townsite, this San Vicente was named after Rancho San Vicente y Santa Monica, the land grant deeded to Francisco Sepúlveda in 1839. (Most of present-day Santa Monica sits on this old rancho, whose boundaries had been disputed for years.) It’s not known which Saint Vincent was honored by the rancho, but probably St. Vincent de Paul (1581-1660). At any rate, San Vicente Boulevard was designed to connect Santa Monica to Sawtelle and Soldiers’ Home (now the VA campus), with the tracks of the Los Angeles Pacific Railroad – later the Pacific Electric – lining the median. Coral trees and grass replaced those tracks in 1950. 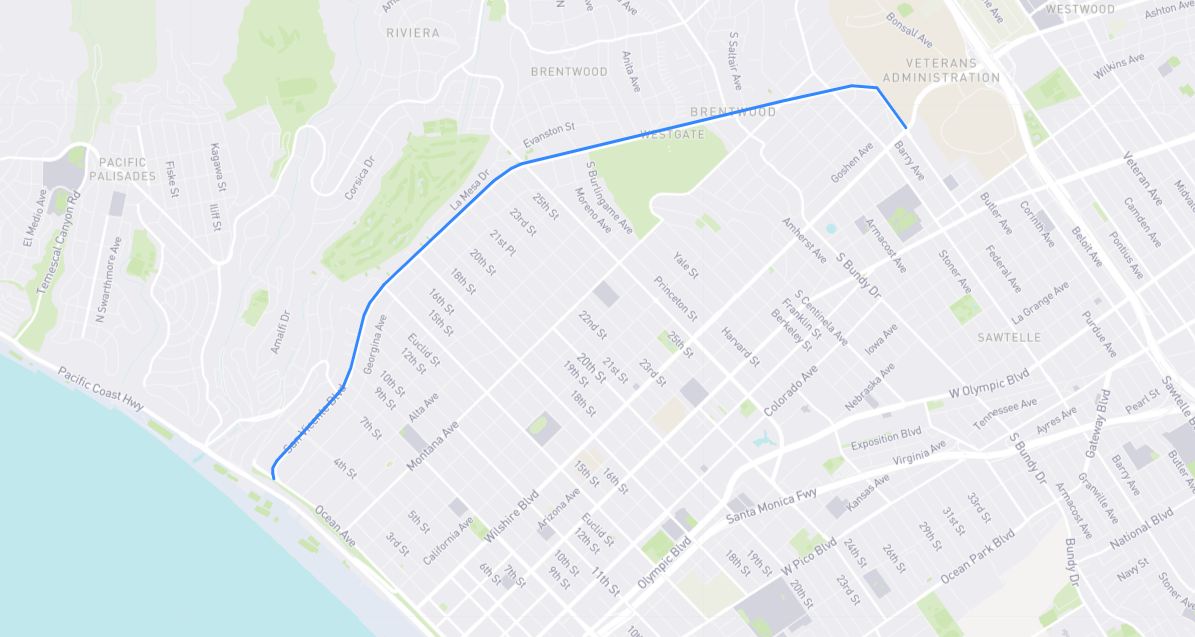