Sanborn Avenue was born DeFrees Street in 1887. In 1906, the Pacific Electric Railway established a streetcar stop at DeFrees and Sunset and called it Sanborn Junction – you know it today as Sunset Junction. Since conductors and passengers kept referring to DeFrees as Sanborn, the City gave in and changed the street’s name officially in 1914. So where did “Sanborn” come from? I found the answer in a WWI draft card belonging to a John DeFrees Sanborn (1882-1943), a one-eyed realtor who lived with his parents at 4002 Sunset Blvd – smack dab in the middle of Sanborn Junction. Said parents were Dr. Francis Asbury Sanborn (1837-1921) and Georgiana DeFrees Sanborn (1842-1919); DeFrees was her maiden name. They came here from Ohio in the 1880s to take part in L.A.’s real estate boom. In fact DeFrees Street originated on the couple’s Manzanita Heights tract. 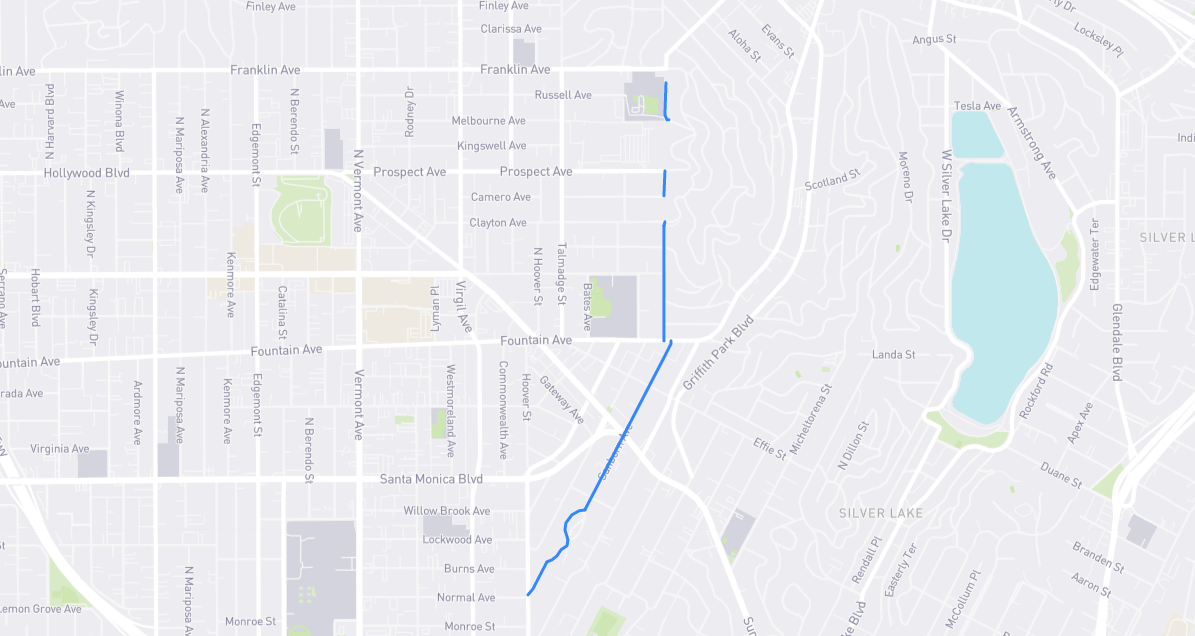