“Reservoir” refers to Echo Park Lake, which was born with the graceless moniker “Reservoir Site No. 4” in 1868. Reservoir Street was named two years later; the body of water itself was renamed in 1892. (See Echo Park Avenue for more.) Wondering why Reservoir Street doesn’t actually reach the reservoir – er, the lake? Well, it was supposed to: an 1887 map clearly shows this. In fact that paper lake went all the way up to present-day Scott Avenue. So either the surveyors miscalculated its size or the map reflected the city’s allowances for overflow. (This was before any homes were built nearby.) You’ll also note that Reservoir terminates at Glendale Boulevard, at which point it turns into Sunset. This wasn’t always the case: Reservoir originally hopped over the water and kept its name all the way to present-day Chinatown. Sunset engulfed it in 1904. 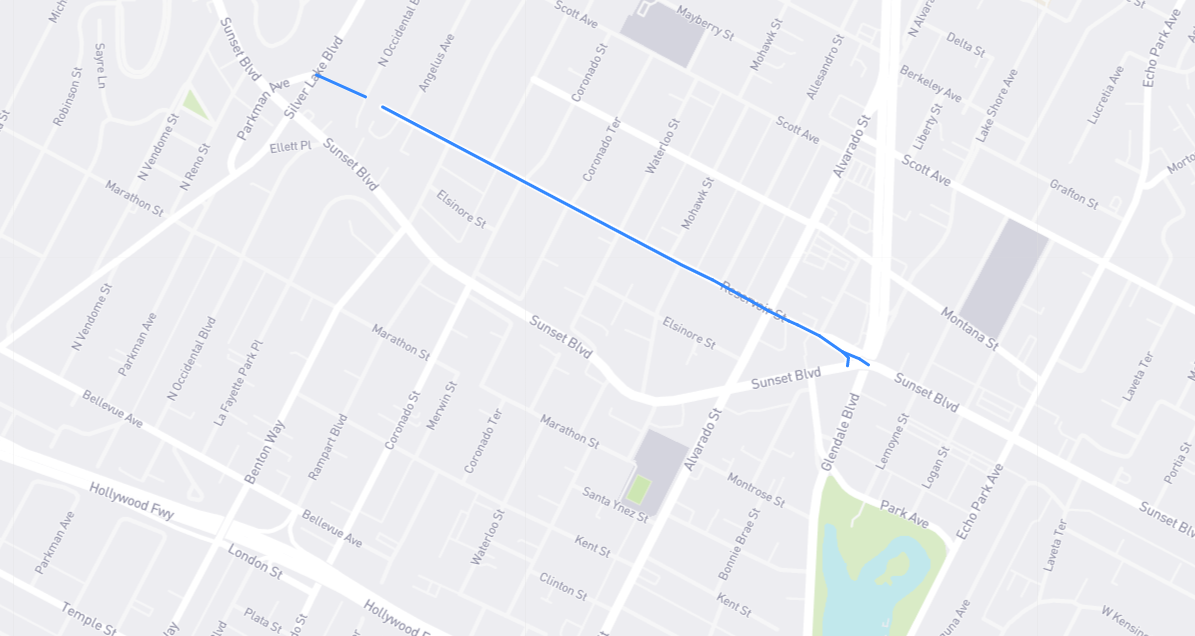