Marine Avenue began innocuously enough in Manhattan Beach – a no-brainer street name for a seaside town. (It was known as 22nd Street until 1913.) But old-timers will tell you that the rest of this seventeen-mile-long thoroughfare used to be called Compton Boulevard from end to end. When the city of Compton became synonymous with black gang activity in the 1980s, nonblack business leaders lobbied hard to rename the street in their own cities, insisting all the while that they weren’t being racist, no sir, how dare you suggest such a thing. The City of Paramount did it first: in 1986, they changed their 2-mile stretch of Compton to Somerset Boulevard. In 1989, urged by former Gardena councilman Chuck Nader (1922-1997), who owned a furniture store on the street, politicians in Gardena, Lawndale, Hawthorne, and Redondo Beach, respectively, replaced Compton with Marine Avenue, aligning their cities with the affluent – and predominantly white – Manhattan Beach. 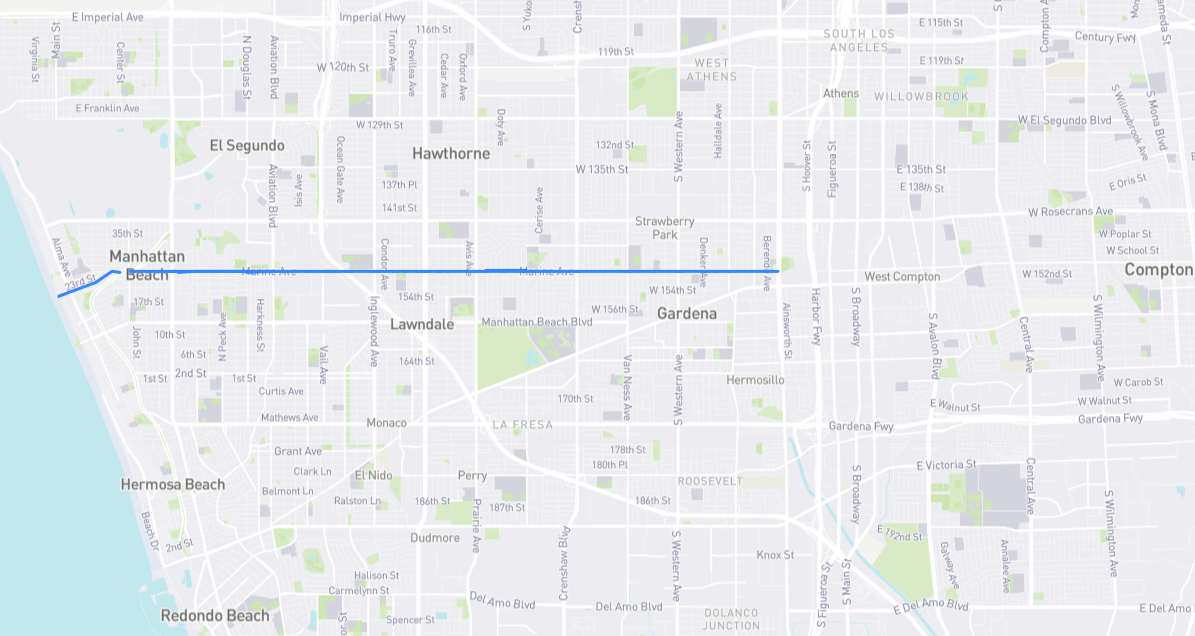