Named for developer Albert Starr Spaulding (1866-1944). (He was more active in Long Beach: see Spaulding Street for his biography.) In 1910, Spaulding bought 35 acres near the southeast corner of Sunset and Fairfax, which was then called Crescent Avenue. He announced his new subdivision Spaulding Square here in 1914, the year Spaulding Avenue was named. Newspaper ads ran for just two months; something must have gone amiss, as things went silent until 1916, when new realtors ran new ads and buyers started building homes. Today, Spaulding Square is celebrated as a quaint, old-fashioned refuge in the heart of hectic Hollywood, but there was absolutely zero mention of it between 1919 and 1988, which suggests that later homeowners revived the name along with the neighborhood. 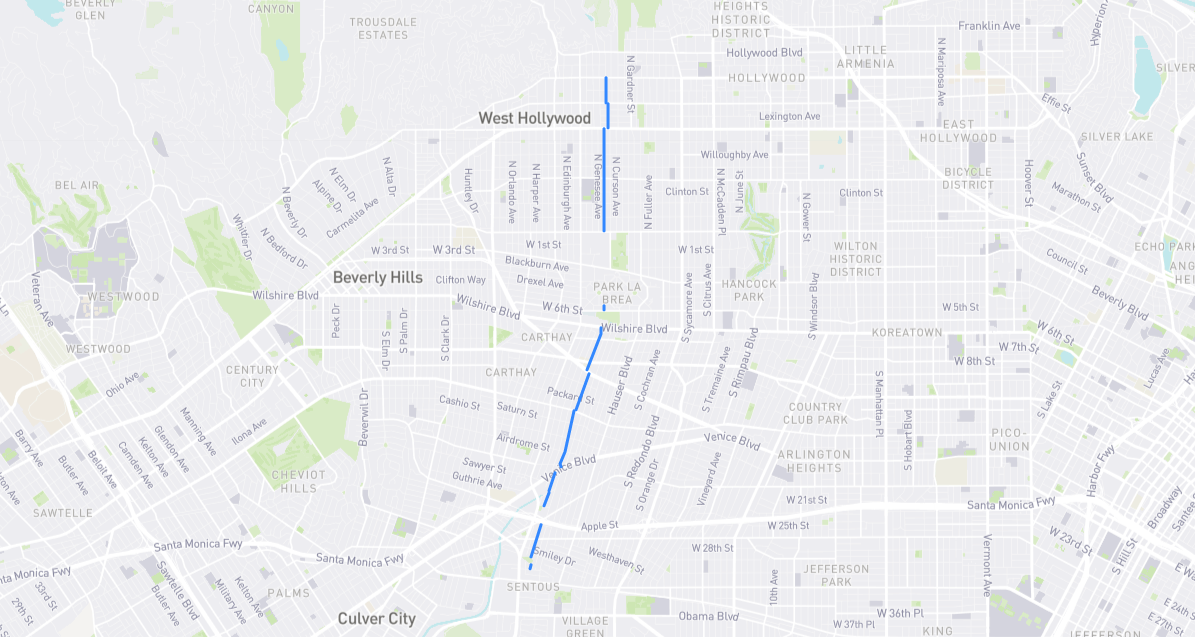