It may sound like an antidepressant, but “smilax” is just another word for greenbrier, an ivy-like plant. Tiny Smilax Street got its name in 1918, back when “smilax” was the more common term. It was theretofore known as Smith Avenue. It seems that, in 1918, urban planners thought L.A. had too many Smith-named roads, so they kept Smith Street in Lincoln Heights but forced a change to Smith Avenue here and to Smith Drive (named after realtor Carlin G. Smith) in West Adams. This Smith became “Smilax”. That Smith became “Smiley“. It’s as though someone with the City simply looked at a list of words that started with “Smi”. 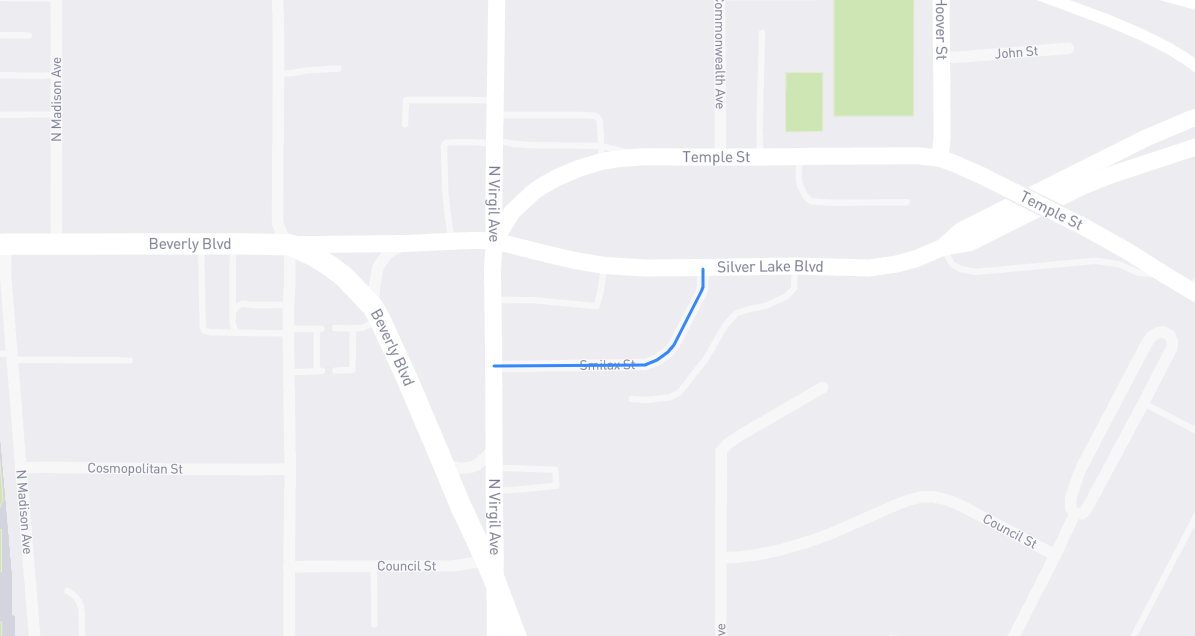