Virgil originated on Westlake-adjacent land owned by John S. Maltman and George and Clara Shatto. In 1886, these real estate moguls donated 15 acres of said land to Los Angeles University – a short-lived Baptist college that presaged the University of Redlands – and developed a tract around it called the West End University Addition, so named because it extended the city boundaries west of Hoover. On this tract were several new streets, including Virgil, Commonwealth, and Miami (now Westmoreland) avenues. But who named them, and for what, remains a mystery. Ancient Roman poet Virgil (70 BC – 19 BC), who wrote The Aeneid and was later fictionalized as Dante’s guide through Hell and Purgatory in The Divine Comedy, is as possible an inspiration for this street as any other Virgil might be. I found no likelier namesakes amongst L.A.’s 1880s populace, or in the lives of Maltman or the Shattos. 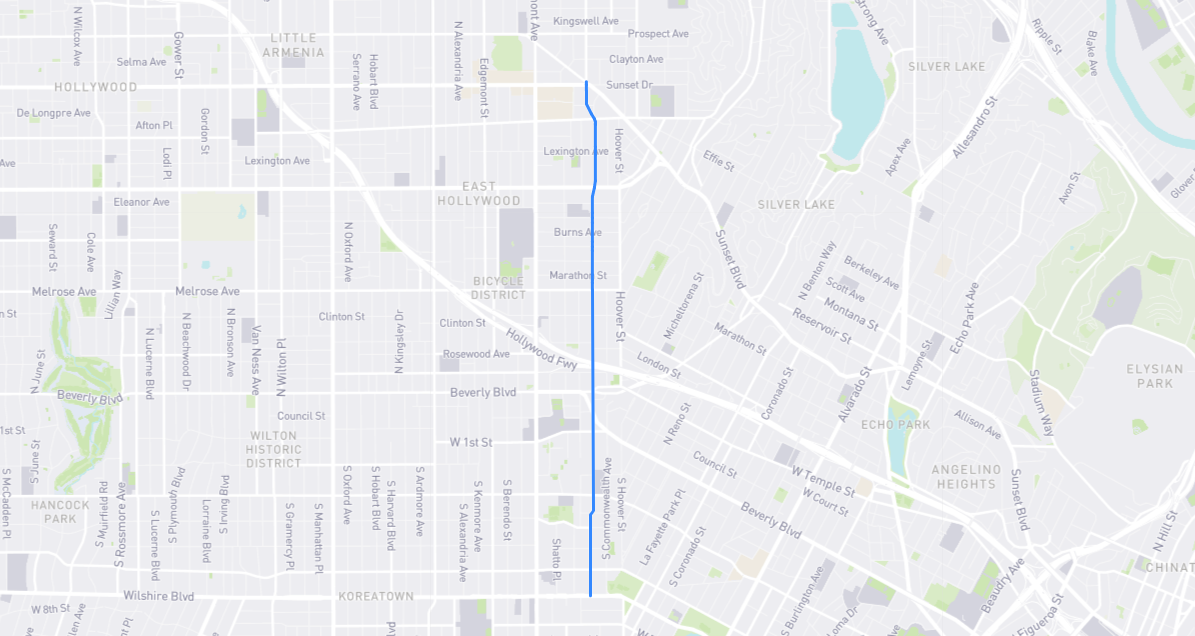