Gurdon Wallace Wattles (1855-1932) was an Omaha banker and streetcar maven whose claim to fame was running the Trans-Mississippi Exposition, a.k.a. the Omaha World’s Fair, in 1898. He first visited Hollywood in 1903 and began investing heavily in the young town, buying 50 hilly acres on Curson Avenue in 1906. The Wattles Mansion was completed two years later. It served as a vacation home until Wattles and his second wife Julia (1883-1977), a department head at the University of Nebraska, permanently settled here in 1922. (The mansion was dubbed “Jualita” then, presumably after Julia, whom Gurdon married in 1918.) The estate’s gardens were already famous by 1910; today the whole property is a city park. Wattles Drive, north of the mansion, was named in 1924, likely as part of the Wattles Park tract. 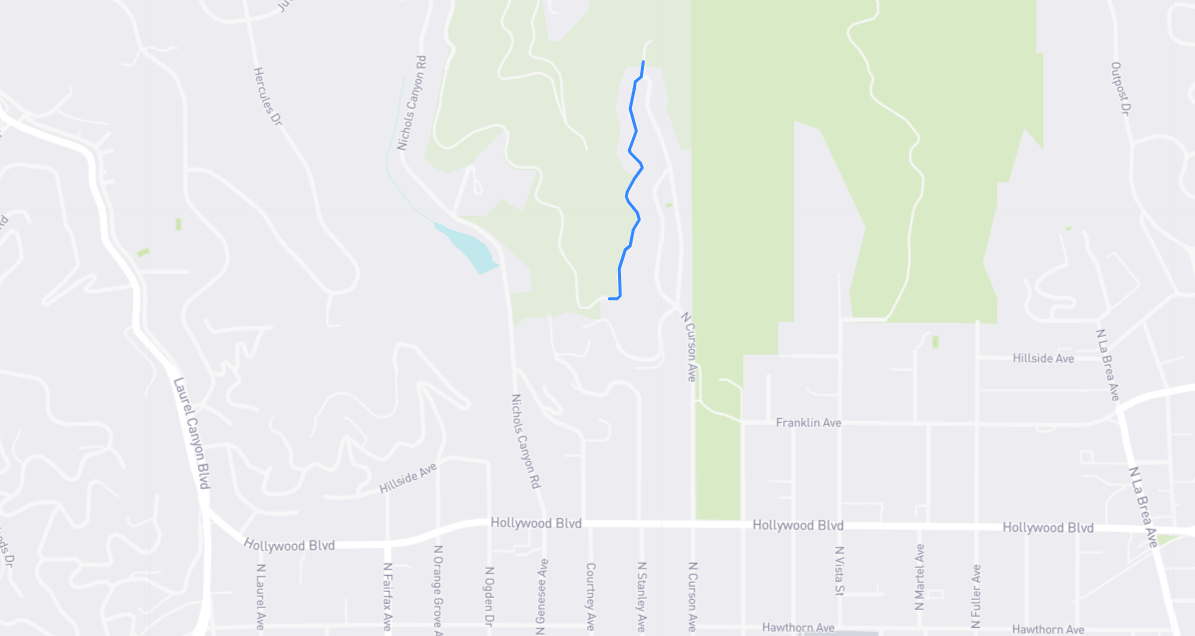