When the Outpost Estates tract was opened in 1927, its ads claimed that General John C. Frémont had used this hilly spot as an outpost during the Mexican–American War. That’s probably not true. What’s definitely true is that “The Outpost” was the name given to a holiday home here by another general: Los Angeles Times publisher Harrison Gray Otis (1837-1917). Otis bought 11 acres of land around present-day Outpost Circle in 1903. The sellers were his partners H.J. Whitley and Moses Sherman, so you can bet he got a fair deal. Otis used the grounds, which included an 1855 adobe built by ranchero Tomas Urquidez, as a woodsy retreat until his death. The land then passed through several owners, including producer Jesse L. Lasky, until Charles E. Toberman (1880-1981 – that’s not a typo) got hold of it in 1924 and started developing the pricy Outpost Estates, naming this street in the process. You’ll see Toberman’s work all over Hollywood: he built the Hollywood Bowl, the Chinese, Egyptian, and El Capitan theaters, and many other Tinseltown landmarks. 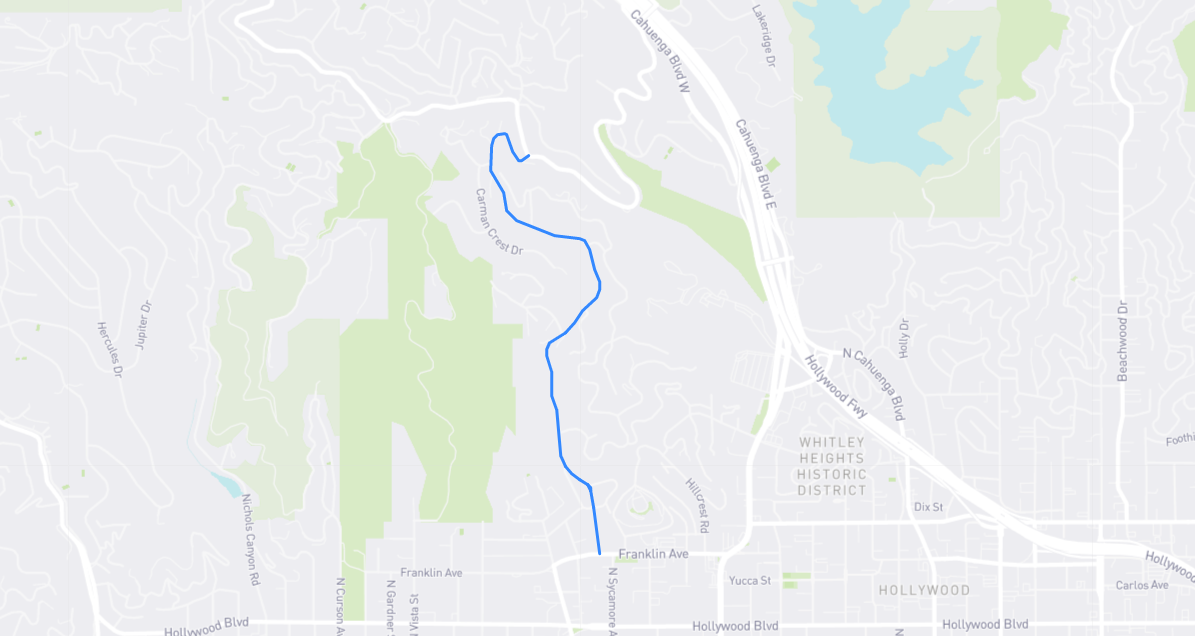