Weidlake Drive derives its name from Ivar Weid (1837-1903), a Danish immigrant who lived in these parts in the late 19th century and is also the namesake of Ivar Avenue in Hollywood. Weidlake was christened in 1924, long after Weid’s death. Its developers may not have even known who the man was, but they knew this area as Weid Canyon. That wouldn’t be the case for much longer: a year after this street was laid out, the canyon was flooded to become the brand new Hollywood Reservoir. The developers were clearly aware of this – the Mulholland Dam was underway at the time – hence the “lake” in “Weidlake”. 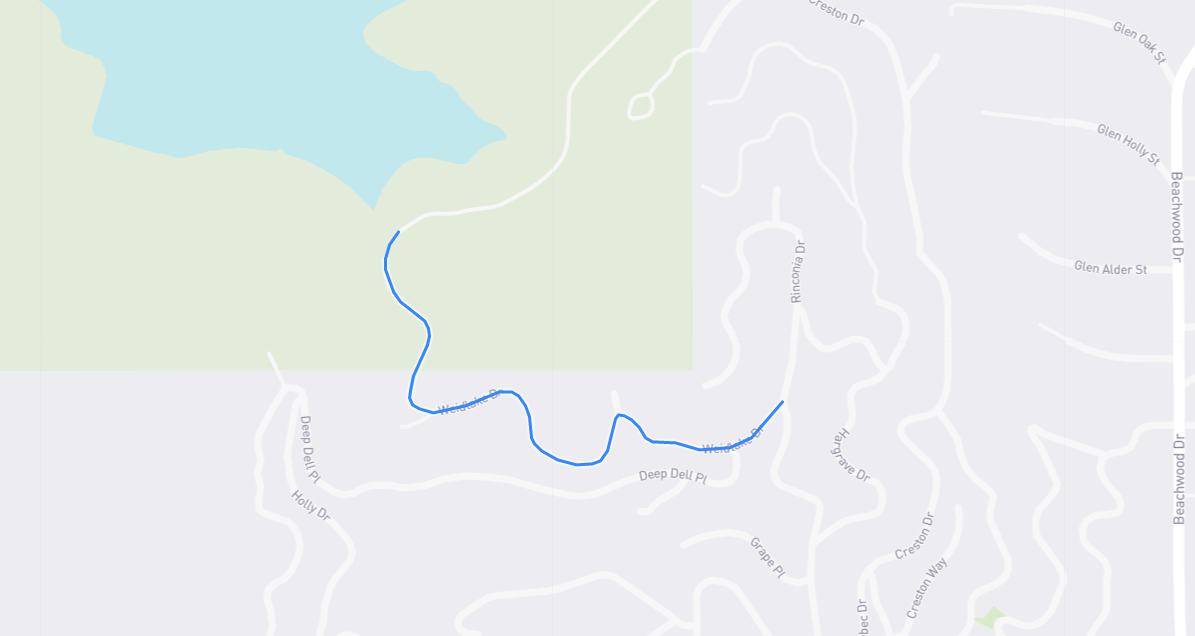