There once was a place called Holly Canyon. It may have been named for the California holly (a.k.a. toyon) that grew there, and thus lent its own name to Hollywood. Or else Hollywood lent its name to Holly Canyon, and the presence of California holly was merely coincidental. We may never solve that mystery, but we do know that Hollywood pioneer Ivar Weid had a ranch and home in Holly Canyon in the 1870s. So why haven’t you heard of it? First, because it was renamed Weid Canyon. Second, because the canyon doesn’t exactly exist anymore: it was flooded in early 1925 to form the Hollywood Reservoir after the completion of the Mulholland Dam. Holly Drive – which was in fact called Weid Avenue until 1913 – lives on in its memory. 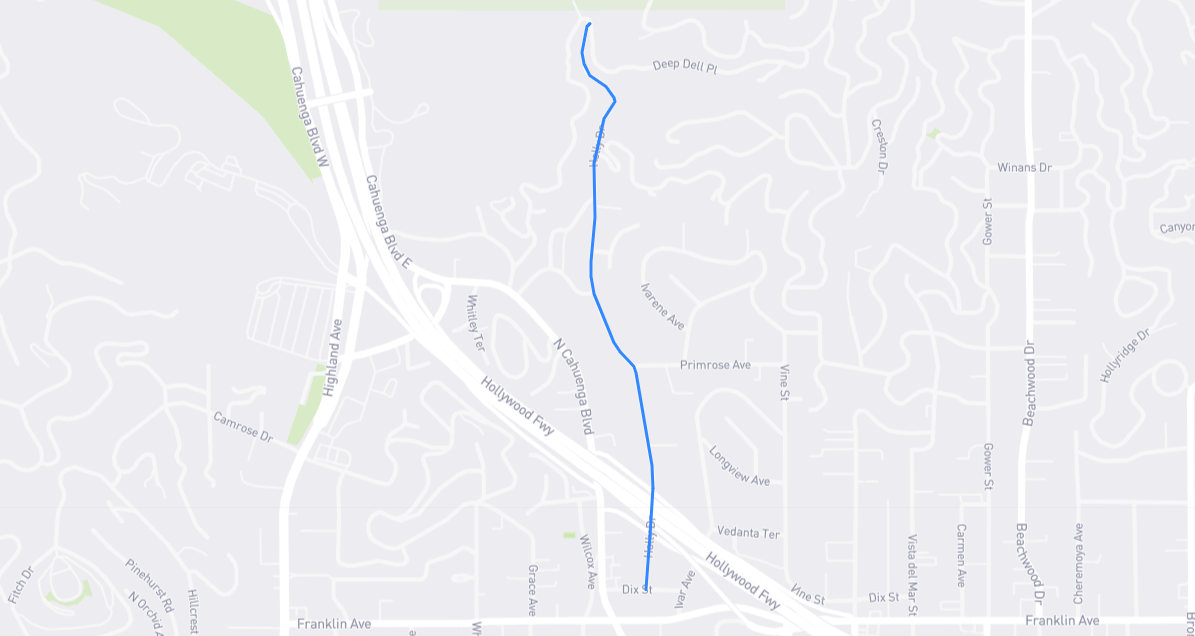