Named for Edward Braddock (1695-1755), English army general and commander-in-chief of the 13 American colonies. (A pre-revolutionary George Washington fought under him.) Braddock was killed shortly before he could sack Fort Duquesne during the French and Indian War. Did someone say “Duquesne”? That’s right: Braddock Drive crosses Duquesne Avenue, and it’s no coincidence. Both streets were named by Camillo Cereghino (1878-1969), principal of the Washington Blvd. Improvement Co., which bought the land in 1912. Cereghino was born in Genoa, Italy and emigrated to California in 1896. He must have felt very patriotic about his adopted country, since he named so many Culver City streets after early American historical figures – from presidents and explorers to lesser-knowns like Edward Braddock and the Marquis Duquesne. 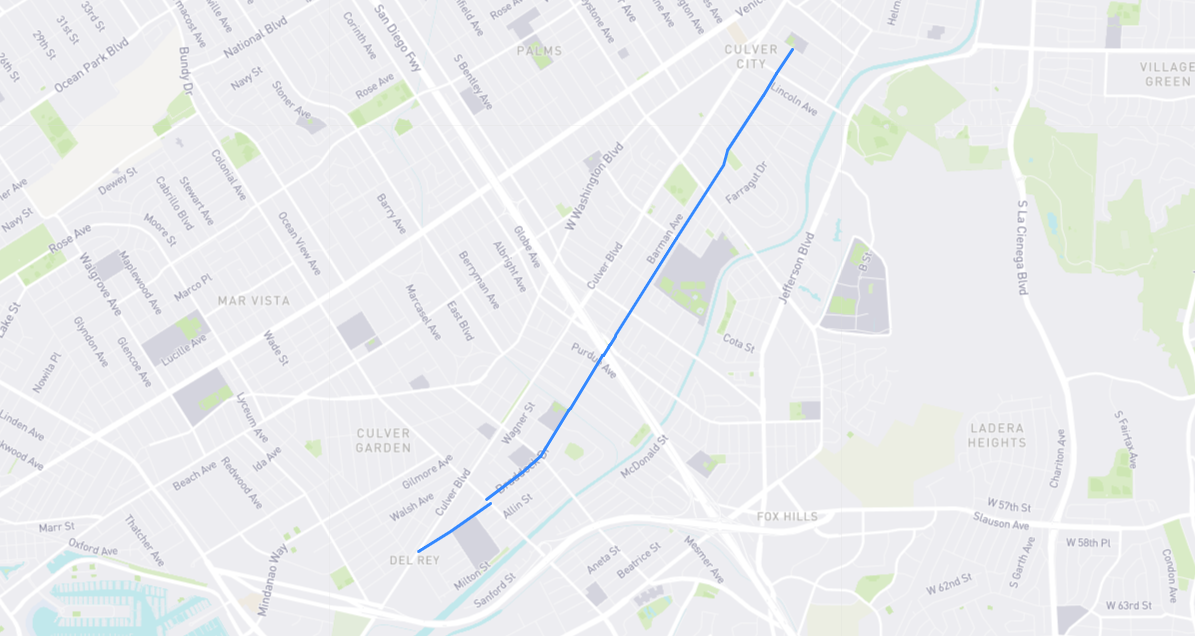