“Wickshire” could only be a reference to an old tract laid out due south of this street in 1913: Warwickshire Heights (see Newton Street). Wickshire Avenue wasn’t named until much later – 1957, to be precise – but its developers mentioned Warwickshire Heights on their tract map, so they were obviously familiar with the name. 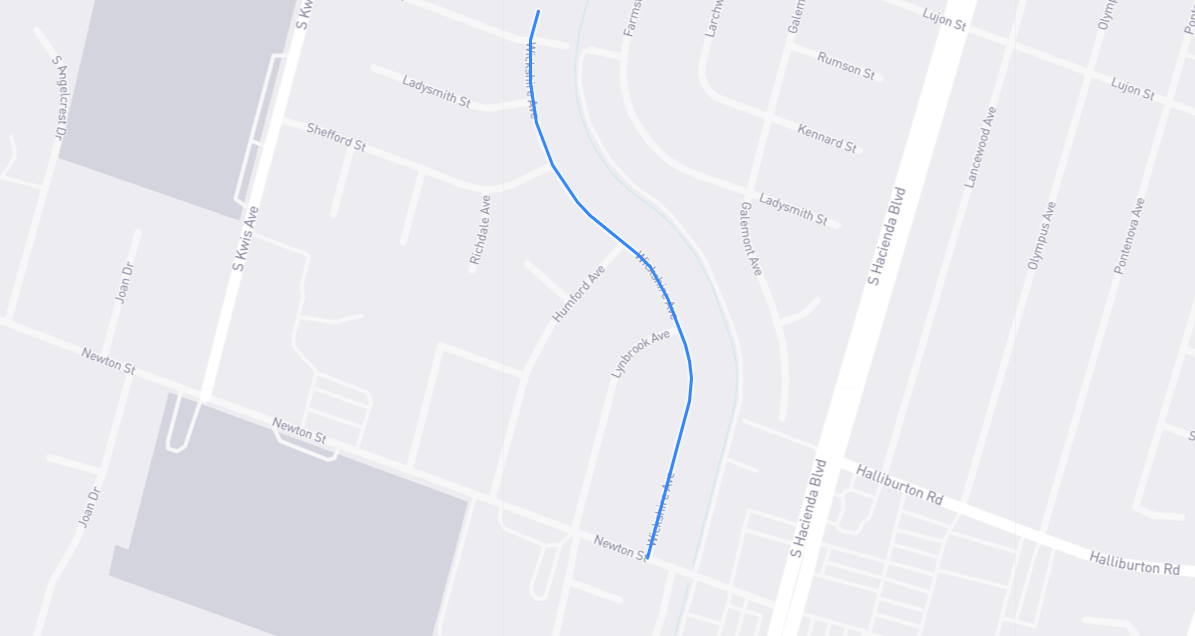