Most likely named for Charles M. Stimson (1842-1917), an early La Puente developer. Born in Gray, Maine, Stimson moved to the oddly-named city of Washington Court House, Ohio, with his family in the 1860s and engaged in the wholesale grocery business with his brothers Albert and George. He relocated to Los Angeles in 1884 to get into real estate and was soon joined by George, with whom he would partner on several ventures. He was also a close friend and associate of prolific town builder A.E. Pomeroy: focusing first on hotels, the two started developing La Puente in 1886 and Pismo Beach the following year. (Pismo Beach has both Pomeroy and Stimson avenues.) Stimson died owning 257 separate parcels of real estate across four counties, yet he remained to the end a humble Presbyterian bachelor who donated most of his wealth to church organizations and the YMCA. Stimson Avenue was named (as Stimson Street) by 1938, if not earlier. From what I could tell, it started out near Gale Avenue and spread out from there. 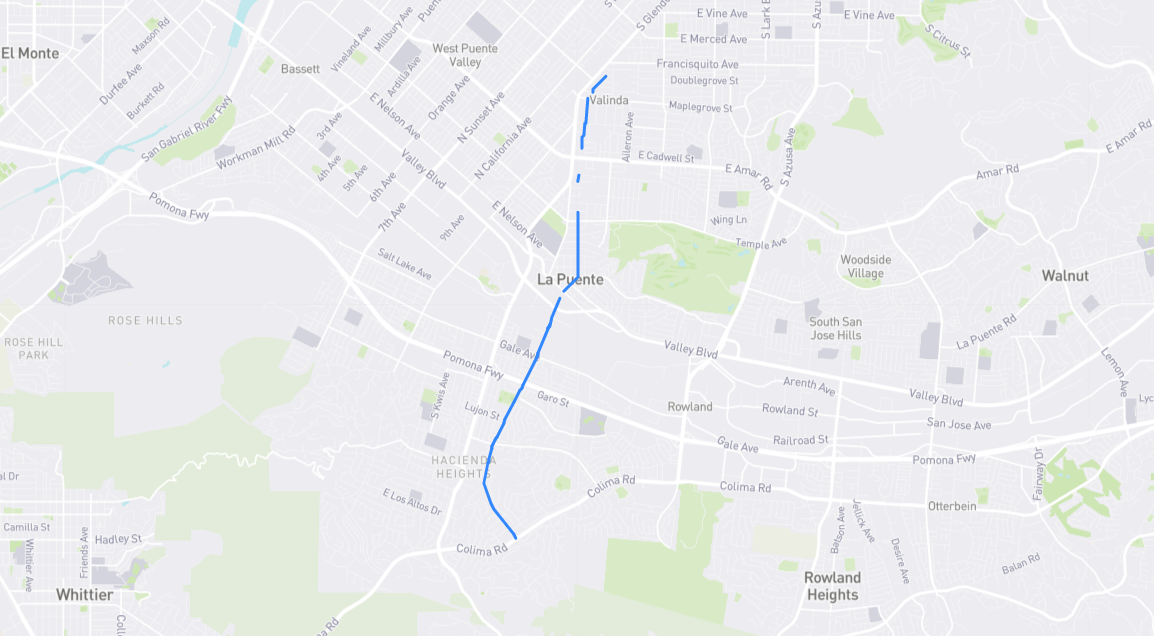