Eaton Canyon and Eaton Wash are named for Pasadena’s original water bringer Benjamin Smith Eaton (1823-1909). Born in Plainfield, CT, Eaton graduated from Harvard Law School in 1846 and set up practice in Missouri, where he met his first wife Helena Hayes (1827-1858). (Her brother has a namesake street in Carthay Circle.) They came to L.A. in 1850, where Eaton served as district attorney and, later, county assessor. After Helena’s death, Eaton left town for a spell, then returned in 1861 with second wife Alice (1838-1920). They bought Fair Oaks Ranch in 1865, apparently goaded by John S. Griffin and Benjamin D. Wilson, who owned Rancho San Pascual (where Fair Oaks was located) and wanted to sell it – provided it could be irrigated. Eaton made that happen, and in 1873 Griffin and Wilson sold San Pascual to the San Gabriel Orange Grove Association (which counted Eaton amongst its directors). The colony they founded here became Pasadena. Eaton left Fair Oaks for South Pas in 1877 and retired to Los Angeles in 1897. The following year, his son Fred (1856-1934) was elected mayor of L.A. Fred Eaton also had a crucial role in the saga of SoCal water: it was he who told William Mulholland that water from the Owens Valley could be brought to L.A. via aqueduct. 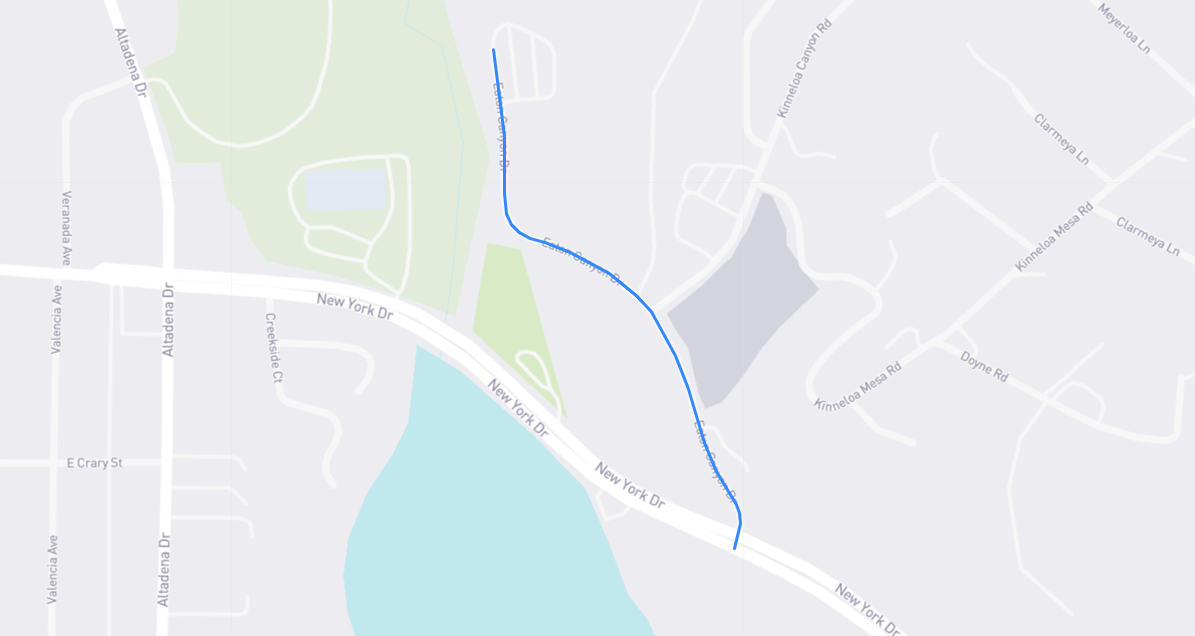