Encino is short for “El Valle de Santa Catalina de Bononia de los Encinos” – a.k.a. the San Fernando Valley – named during the 1769 Portolá expedition. The name was formalized in the 4,460 acre Rancho los Encinos, deeded in 1845 to three Kizh (a.k.a. Tongva) natives. Four years later, Vicente De La Osa bought – some say swindled – the rancho from their widows. The land, today’s Encino, has since passed through many increasingly wealthy hands, including those of the Amestoy family. The Spanish word encino refers to a species that in English is called the holly or holm oak. (The more familiar Spanish word roble refers to the valley oak.) Those aren’t native to California, so perhaps Portolá’s men saw our native live oaks and mistook them for encinos. One such oak – named, what else?, the Encino Oak – lived here for over a thousand years. Located on a median of Louise Avenue just south of Ventura Boulevard, it was said to be the oldest oak tree in L.A. County, and was designated a historic landmark in 1963. Sadly, after being weakened from disease, the Encino Oak was toppled by a 1998 El Niño rainstorm. You can still visit its stump. 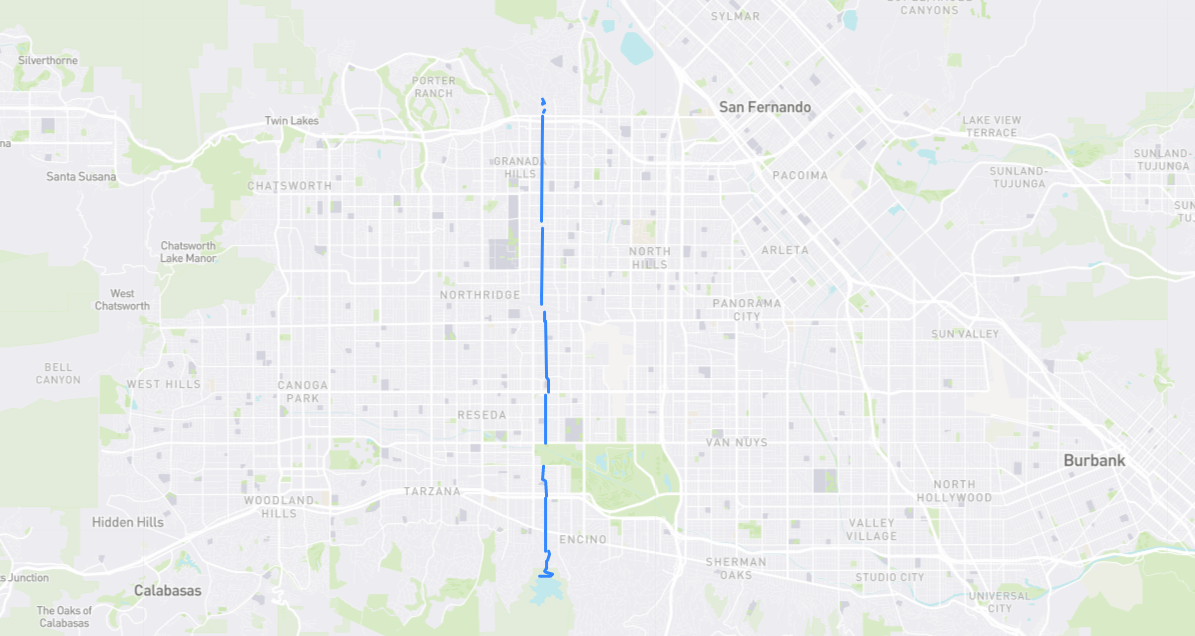