Almost assuredly named for realtor Ray C. Smith, who set up the Wilshire Heights tract here in 1923-1924 with Walter P. English and someone named Cline. (See Beverwil Drive.) Later in 1924, the tract was rechristened Beverly Hills Heights by Frank L. Meline, with Smith retained as sales manager. A map of the defunct Wilshire Heights reveals that Smithwood Drive was originally called English Avenue; the renaming might have been Smith’s little revenge against his ex-partner. Otherwise, details on Smith’s life are sketchy, given his common name. He was still in real estate as of 1949, focusing on Palm Springs and Morongo Valley, but that’s all I know for sure. 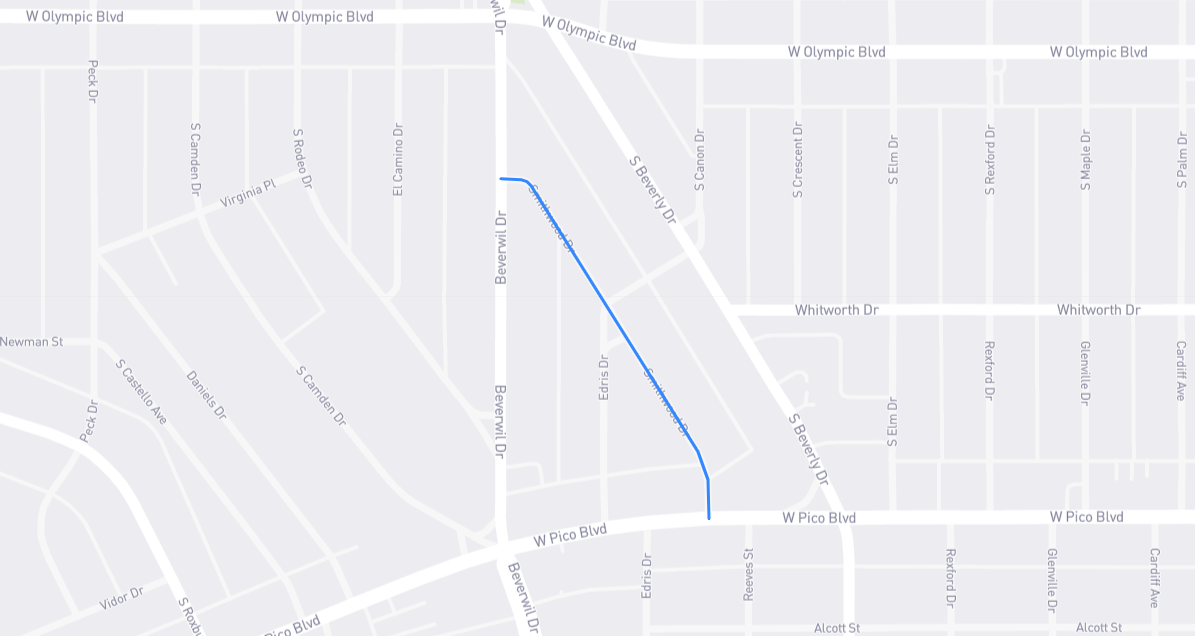