Arnaz Drive was born in 1922 with the clunky moniker Realtor Road. The word “realtor” had been coined in 1916 to distinguish real estate agents who belonged to the National Association of Real Estate Exchanges, but it made for an undesirable street name, so Realtor Road became Arnaz Drive in 1931. (Whoever renamed it must have missed the old Arnaz Avenue, which had become part of Robertson Boulevard in 1926.) The honoree was the late José de Arnaz (1820-1895), a Spanish merchant who had come to California in 1840. His land interests were most famously in Ventura, but he was active in Los Angeles as well: he set up shop here in 1844 and knew all the town fathers, from Abel Stearns to Eulogio Celís. Arnaz eventually owned the 3,127 acre Rancho Rincón de los Bueyes (“Bulls’ Corner Ranch”), where Beverlywood and Cheviot Hills sit today – as did that long-lost Arnaz Avenue. His true legacy, however, may be his memoir, a highly detailed account of L.A.’s early days. 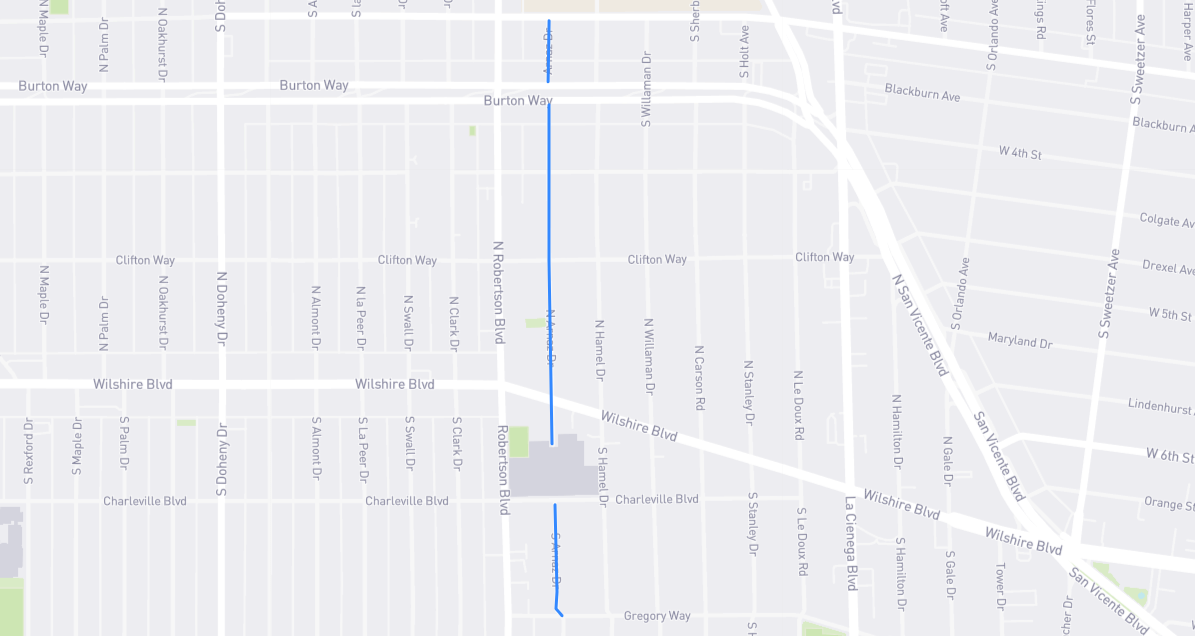