There’s no mystery behind Magnolia’s name: it was simply one of five tree-themed streets laid out in the original 1887 townsite of Burbank (now its downtown core). Then known as Magnolia Avenue, it was introduced along with Cypress, Palm, Orange Grove, and Olive avenues. It was only through the quirks of urban development that, beginning in 1912-1913, Magnolia would slowly extend further west into the San Fernando Valley, while the other four streets never made it out of Burbank. Magnolia attained “Boulevard” status by 1923, coinciding – perhaps intentionally – with the construction of the Magnolia Park subdivision (see Hollywood Way). 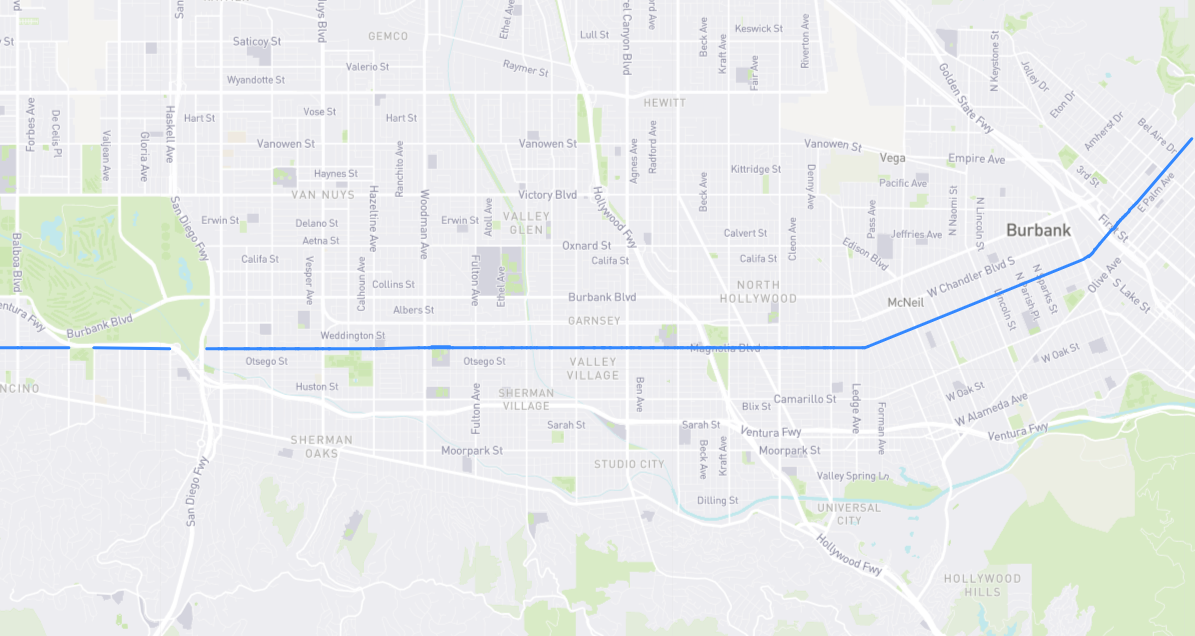