Named in 1902 in honor of Maud Elizabeth Bear (1869-1933) and her husband Francis Robertson “Frank” Bear (1867-1954). Maud grew up on this land: her father was Bell founder James G. Bell. She and Frank, Missouri natives both, married in Los Angeles in 1900. Frank was a building contractor and Maud, an early graduate of Occidental College (cofounded by her father), occasionally taught piano. The Bears had four children, one of whom died at the age of three. Perhaps because of Frank’s work, they lived all over the Southland, from Boyle Heights to Glendale to Long Beach to Redlands to Palos Verdes. The Bears changed the spelling of their surname to “Baer” around 1929 for reasons unknown. Years after Maud’s death, Francis married his second wife Ethelind in 1950. He was 83. 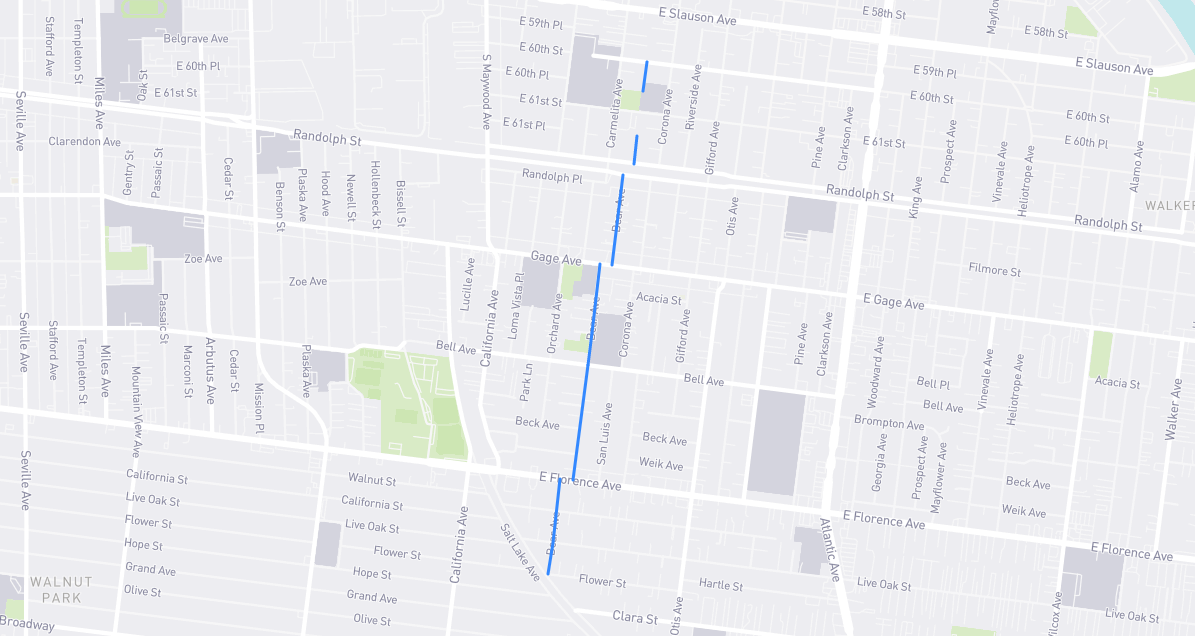