Shoemaker Ave. was born in 1906 at its northern terminus at Telegraph Road. It was on a tract co-owned by Alphonzo Bell (1875-1947), who chose his wife’s maiden name for the street. Mary E. Shoemaker (1877-1977) was the daughter of two schoolteachers in Mound City, KS. She went by “Minnie” as a child, but after moving to Kansas City, she changed her name to the more exotic “Minnewa”. While visiting a girlfriend in Los Angeles in 1902, she crossed paths with Bell, a tennis champ whose father J.G. was the namesake of Bell and, later, Bell Gardens (see Bell Ave.). They married later that year, settled on Bell’s Santa Fe Springs ranch, and had three children. After striking oil on their ranch in 1921, the Bells took some of their newfound millions and bought a huge chunk of land near Beverly Hills, christening it “Bel-Air” the following year. The couple later grew apart, but never divorced. Minnewa Shoemaker Bell died shortly after her 100th birthday. 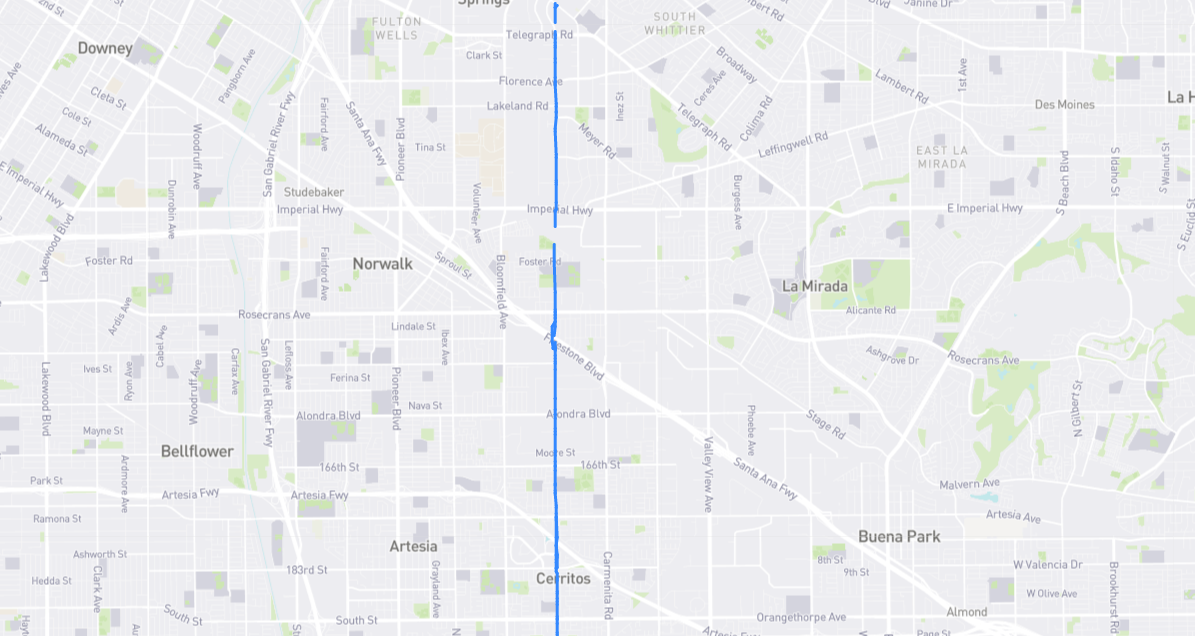