Benito Wilson Shorb (1876-1877) was the infant son of vintner James De Barth Shorb, who named a number of avenues here for his children. (See Shorb Street for more.) Benito was named for his grandfather, Benjamin Davis “Don Benito” Wilson. It’s not known what happened to the poor little lad, who was less than seven months old when he died. Absent a biography, I’ll take a moment to note that four of Benito’s five brothers – James De Barth “Barty” Shorb Jr. (1870-1907), Donald McMeal Shorb (1882-1933), Norbert Newlands Shorb (1887-1951), and Bernardo Yorba Shorb (1888-1928) – have no eponymous streets. De Barth, Donald, and Newlands avenues did once exist, but they’ve all since been renamed. (There was never one for Bernardo, the youngest; he might have been born after the streets were named.) Old news articles reveal that Donald, Norbert, and Bernardo all had run-ins with the law; at least one of them – Donald – was clearly mentally ill. As for Barty Shorb, he married into the Glassell family and was a respected L.A. doctor before his own early death. 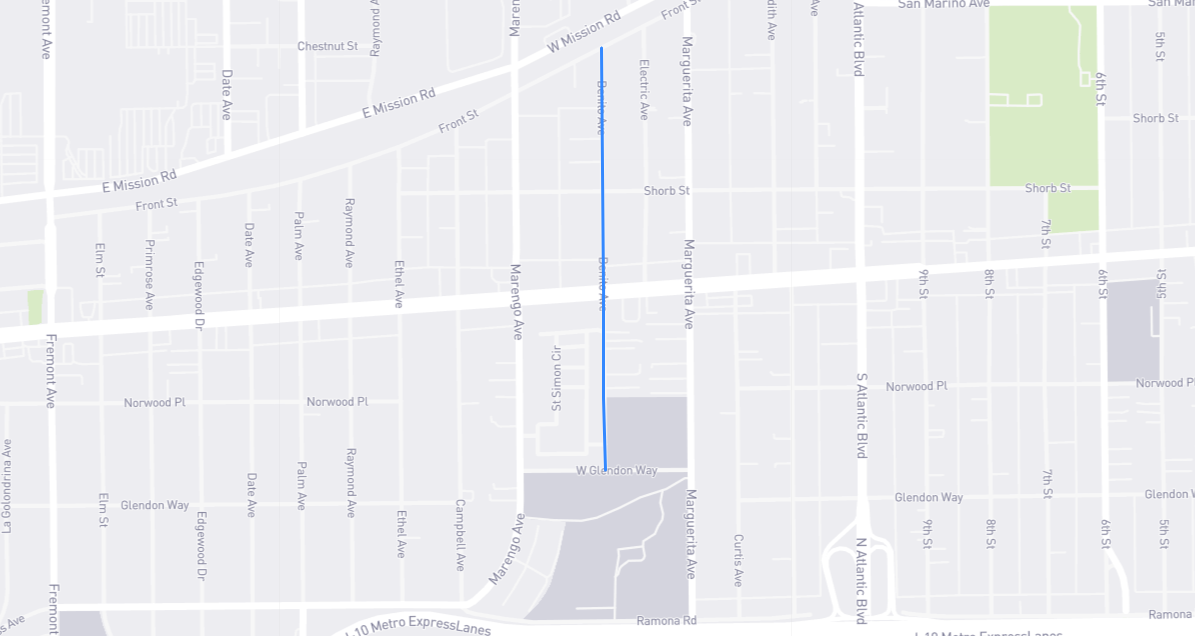