This street is a remnant of the 1905 Schader’s Addition tract. An Arkansas boy, Carl Francis Schader (1870-1934) came here in 1887 to help survey the grounds for Soldiers’ Home (today’s VA campus). He later made it big in mining, banking, cement, and real estate. Most relevant to Santa Monica history, Schader purchased the Arcadia Hotel property in 1909 and built his Seaside Terrace tract on Appian Way. Despite his success, his family suffered a string of grim misfortunes. Schader himself was killed when a hitchhiker he’d picked up in Arizona drove his car into a palm tree. His son Carl J. Schader died accidentally while cleaning his pistol, days before the 1916 births of his twin daughters Nella and Helen. Nella herself would die at 19 from a pulmonary embolism. And in 1944, grandson Carl F. Schader, after a failed reconciliation with his wife, drank cyanide and dropped dead on a Santa Monica sidewalk. He was 32. 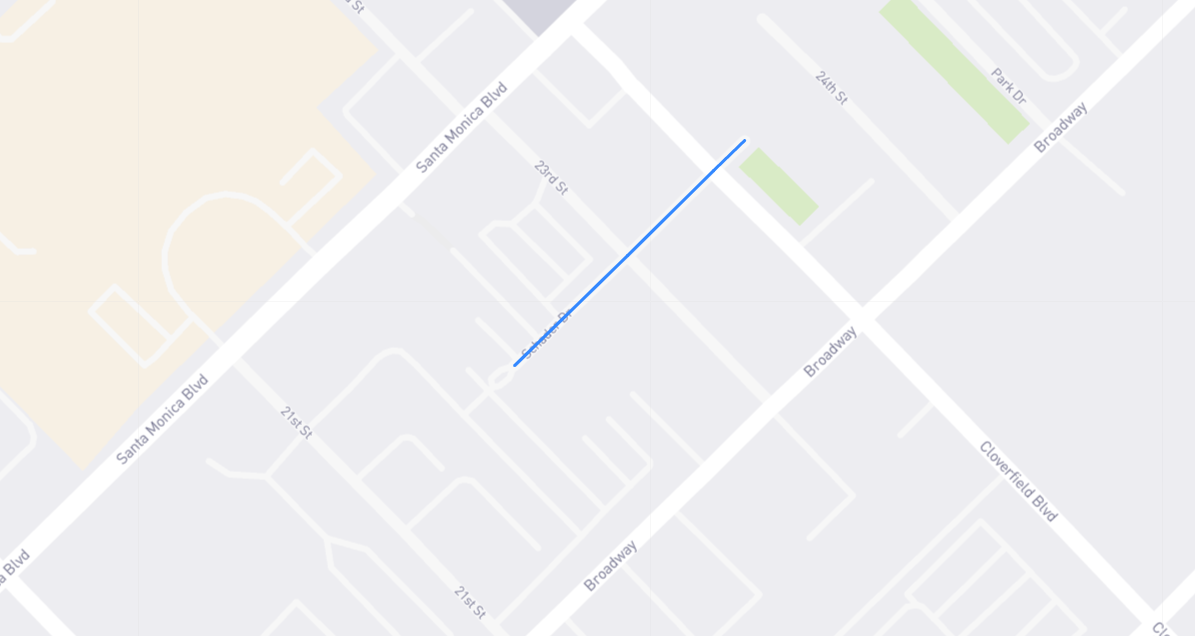