Francis “Frank” Biggy (c. 1845-1918) owned land on this spot. Or, rather, his wife Bridget did – that’s what the courts decided. But let’s back up: The Biggys, Irish immigrants both, got married in L.A. in 1881. The following year, Frank bought 20 acres from the ubiquitous John Strother Griffin… with $2,000 of Bridget’s money. Biggy Street was named by 1887, when their son Frank Jr. was born. Then things took a turn. By 1897, Bridget was suing Frank to stop him from selling the property. A year later, she divorced him, claiming extreme cruelty and that he was “generally no-account”. She got the land and their son. After Bridget’s death in 1910, Frank Jr. inherited those 20 disputed acres (plus one additional acre), so Frank Sr. sued him for parent support. Frank Jr. responded that his father was a wastrel, so Frank Sr. sued again in 1912 and won an allowance of $25 a month. To say there was bad blood amongst the Biggys would be an understatement. 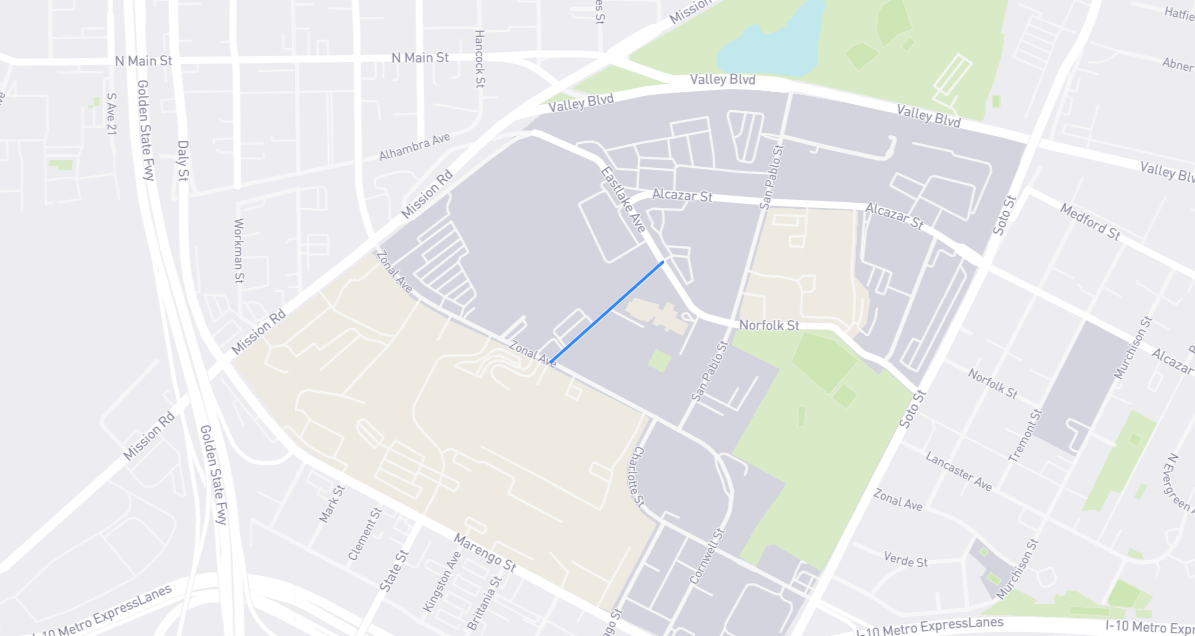