It’s pronounced “du-KAIN”, which you might know from Pittsburgh’s Duquesne University. In fact the Duquesne name has long been prevalent in Pittsburgh: it dates back to Fort Duquesne, named in 1754 for Michel-Ange Duquesne de Menneville (c. 1700-1778), the Marquis Duquesne. (In 1758, the English sacked the fort and replaced it with Fort Pitt – hence “Pittsburgh”.) Duquesne was a governor of New France, the colony that stretched from Newfoundland to Louisiana, but he never set foot in the Pittsburgh area. Neither did the man who named this street: Italian immigrant Camillo Cereghino (1878-1969). As head of the Washington Boulevard Improvement Company, Cereghino bought 15 acres here in 1912, shortly before Harry H. Culver took over. He then named several streets after figures in American history, from Jackson to Van Buren and from Lafayette to La Salle. (Cereghino himself lived on Madison and Farragut until the end of his long life.) Duquesne’s rival, British general Edward Braddock, is also honored here with Braddock Drive. 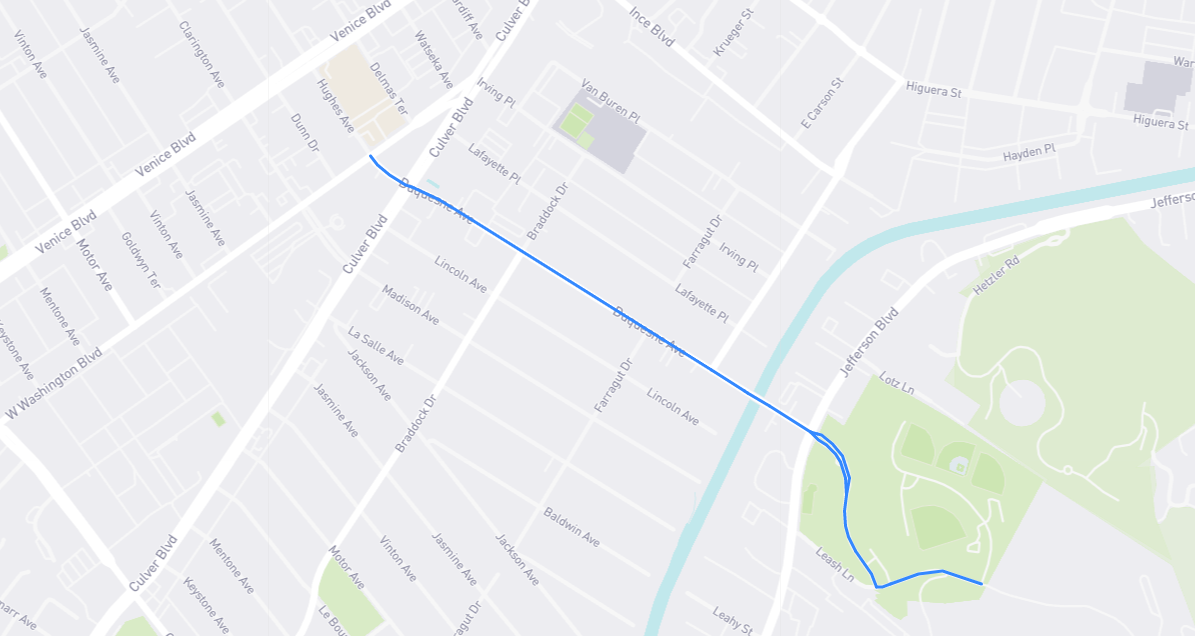