When the Santa Monica townsite was laid out in 1875, its east-west avenues were all given names of Western U.S. states and territories. From top to bottom: Montana, Idaho, Washington, California, Nevada, Arizona, Oregon, Utah, and Colorado. Oregon Ave. became part of Santa Monica Blvd. in 1912 and Nevada Ave. adopted Wilshire Blvd.‘s name in 1913. As for Utah Ave., which had no Los Angeles boulevard to connect to, property owners successfully petitioned the City of Santa Monica to change it to Broadway in April 1924. Why? According to then-mayor John C. Steele, the Broadway name “would add materially to property values” along the street. (If there was any anti-Utah sentiment, it was not recorded.) It was also decided to, well, broaden Broadway by 4 feet and extend it to SM city limits; heretofore it had terminated at 20th Street. 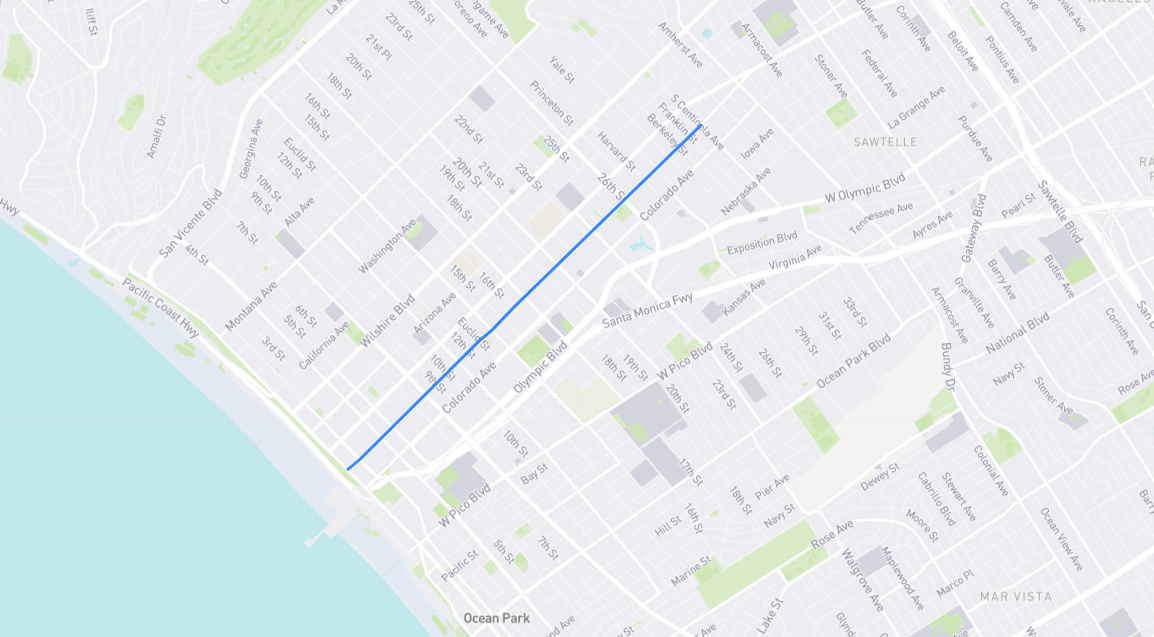