The street that allegedly inspired actor Charles Buchinsky to become Charles Bronson was named back in 1905 for real estate agent Marenus Alonzo Bronson (1841-1907). (He is sometimes erroneously called “Marcus”.) The native Michigander fought for the Union Army in the Civil War, where he was severely wounded. After the war, he ran a clothing store in Benton Harbor, MI, then came to Los Angeles in 1891 to sell real estate with a fellow named Robert McGarvin. In 1894, Bronson left his wife Amelia for a married woman. A divorce was granted to Bronson in 1898 and within months he married Miss Bertha Corron – evidently not the “married woman” of record. She died in 1900 from Bright’s disease, after which Bronson would marry a third and final time. As for Bronson Ave., it was first established between Wilshire and Pico as part of Bronson and McGarvin’s Boulevard Heights tract. 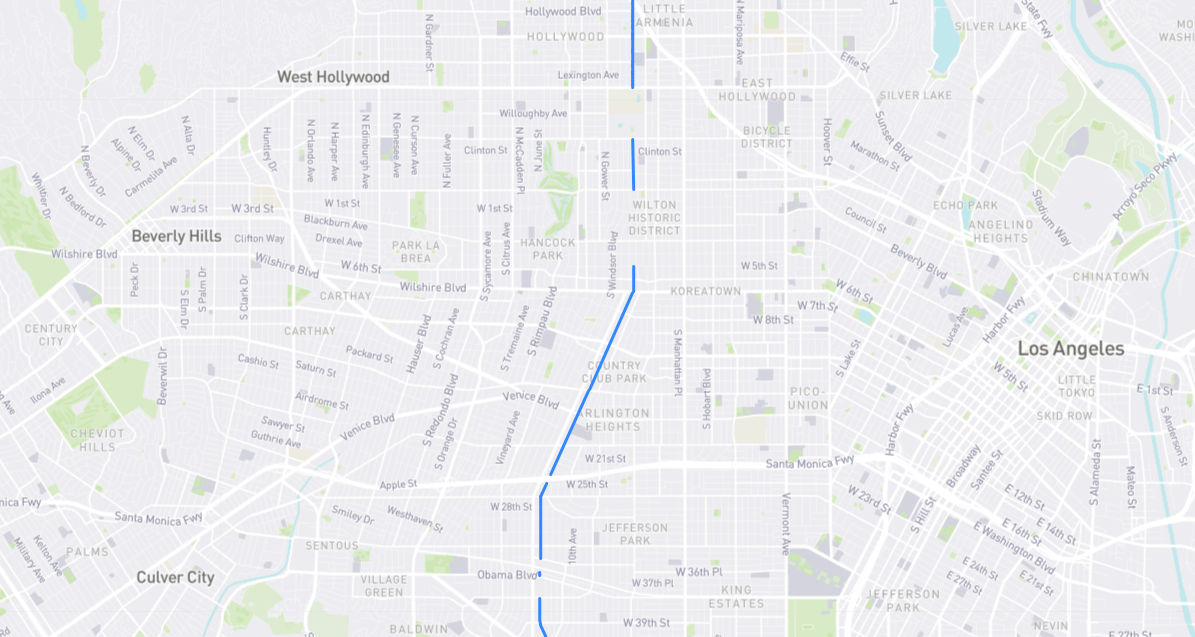