Although Vermont and New Hampshire avenues lie side by side, they weren’t born at the same time: Vermont Ave. was established by 1882; New Hampshire Ave. didn’t come along until 1887. Vermont Ave. was probably named by, or in honor of, someone from the Green Mountain State. My educated guess: Ozro W. Childs (1824-1890). As banker, developer, horticulturalist, and benefactor, Childs was one of the most famous men in Los Angeles in the 1880s, and certainly the most famous Vermonter. He also owned land where the first portion of Vermont was laid out, between Pico and Jefferson, near USC. (He had in fact donated some of his land to found USC in 1879, which is why the current campus has a Childs Way.) If you need further convincing that Ozro Childs was this street’s inspiration, get this: between 1897 and 1900, there was a Childs Street one block east of Vermont, between Washington and 20th. It can’t just be a coincidence. 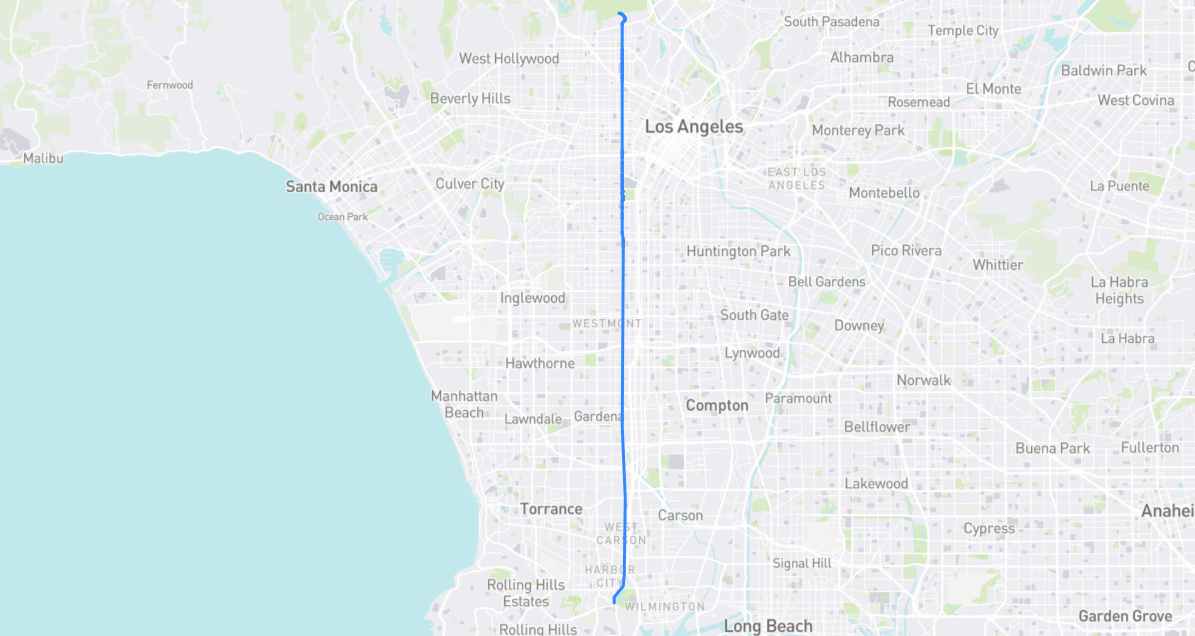