Named for Almon M. “Andy” Young (1874-1951), who as president and manager of the Los Angeles Speedway Association (later the Speedway Corporation of Los Angeles) ran the Beverly Hills Speedway (1920-1924) and its successor the Culver City Speedway (1924-1927). Not much is known about Young’s life outside the racing circuit. He was born in Michigan (one of his great-uncles was Hollywood founder H.H. Wilcox), came to L.A. in the early 1900s, dabbled a little in banking and mining, and was twice divorced. This street, on the former site of the BH Speedway, was named in January 1924. See Durant Drive for more on the Speedway. 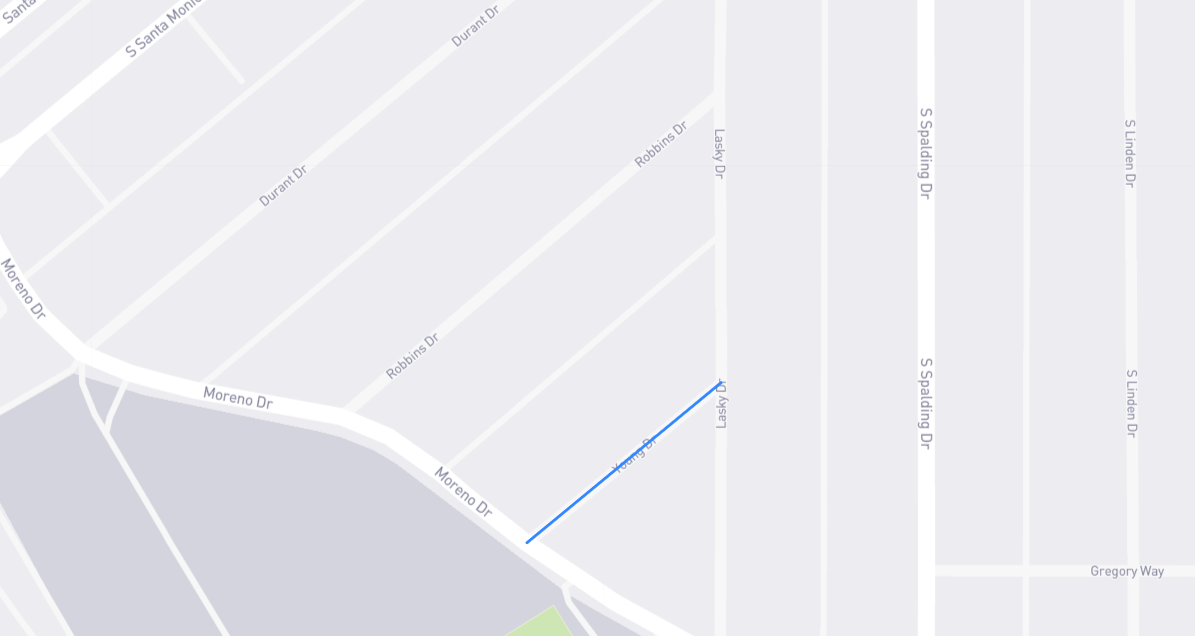