Realtor Carlin Geer Smith (1884-1946) named Carlin Street and Geer Avenue for himself in 1912. (There was also a Smith Drive to round out the trio, but due to conflicts with another L.A. street by that name, it was renamed Smiley Drive in 1918.) Smith forged his career in his hometown of Oakland, then in Sacramento. The ambitious young developer came to Los Angeles in 1911 and within a year he opened this tract adjacent to fashionable West Adams. He dubbed it Du Ray Place in honor of his father and/or his brother: both were named Du Ray Smith. (There’s also at least one nearby street named for a Smith employee: Blackwelder.) Smith unsuccessfully ran for mayor in 1929. That same year – possibly as a campaign stunt – he donated the land for the Carlin G. Smith Playground (now “Recreation Center”) in Mount Washington. Smith and his family settled in Sierra Madre. 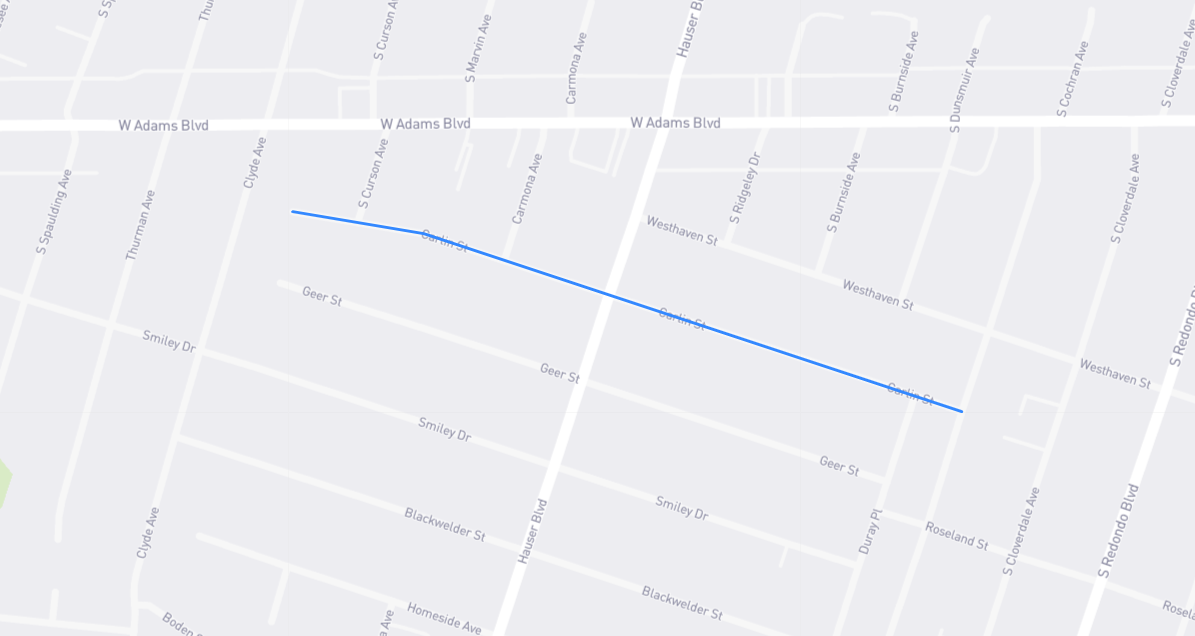