Runyon Canyon’s legions of hikers may wish to know that both the canyon and this street are named after Carman Randolph Runyon (1867-1941), one of several notable Angelenos to own this land. (Alfred Solano was another.) A tennis champ in his native Yonkers, NY, Runyon ran his father’s coal company before moving to Altadena in 1914. He eventually came to Hollywood and bought 145 acres of this canyon in 1919; ten years later, he sold it to then-famous, now-forgotten Irish tenor John McCormack (1884-1945). McCormack sold it back to him c. 1937. Runyon’s fourth and final wife was the former Winifred Kingston (1894-1967), a British actress who starred in The Squaw Man (1914), the first feature film shot in Hollywood. (It was also the directorial debut of Cecil B. De Mille.) They married in 1931, just two months after the death of the third Mrs. Runyon. Carman Crest Drive was named in 1940. 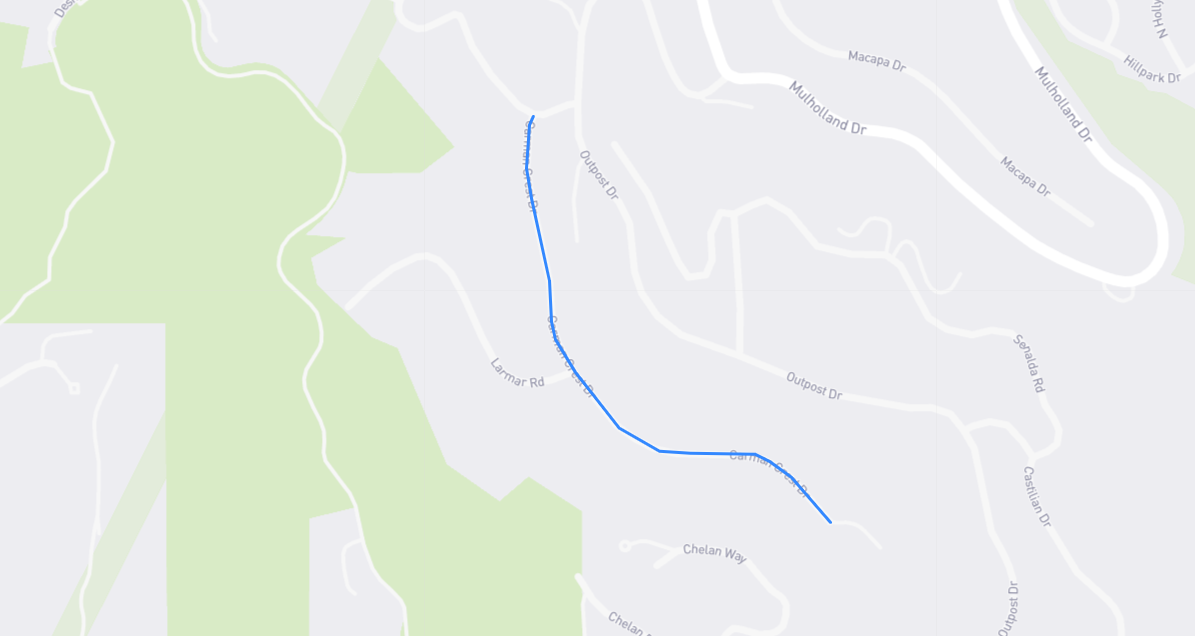