This street began as something of a shakedown. The canyon itself, in present-day Beverly Hills, adopted the Coldwater name by 1877, presumably owing to an old stream. (Some say Spanish speakers dubbed it Cañada de las Aguas Frias years earlier. Plausible, although I found no evidence.) In 1914, when the City of Los Angeles was laying a crucial water pipe through the canyon, the newly incorporated City of Beverly Hills insisted that the work was tearing up their “Coldwater Canyon Road” – which didn’t really exist – so L.A. had to pay BH more money. This sham road eventually became a real one: in 1924, it connected with Mulholland Drive and was dubbed Coldwater Canyon Drive; in 1925, the segment between Mulholland and Ventura Boulevard was completed as Coldwater Canyon Road. The street was called Diaz Avenue north of Ventura until March 1937, when “Diaz” was erased and “Road” became “Avenue”. 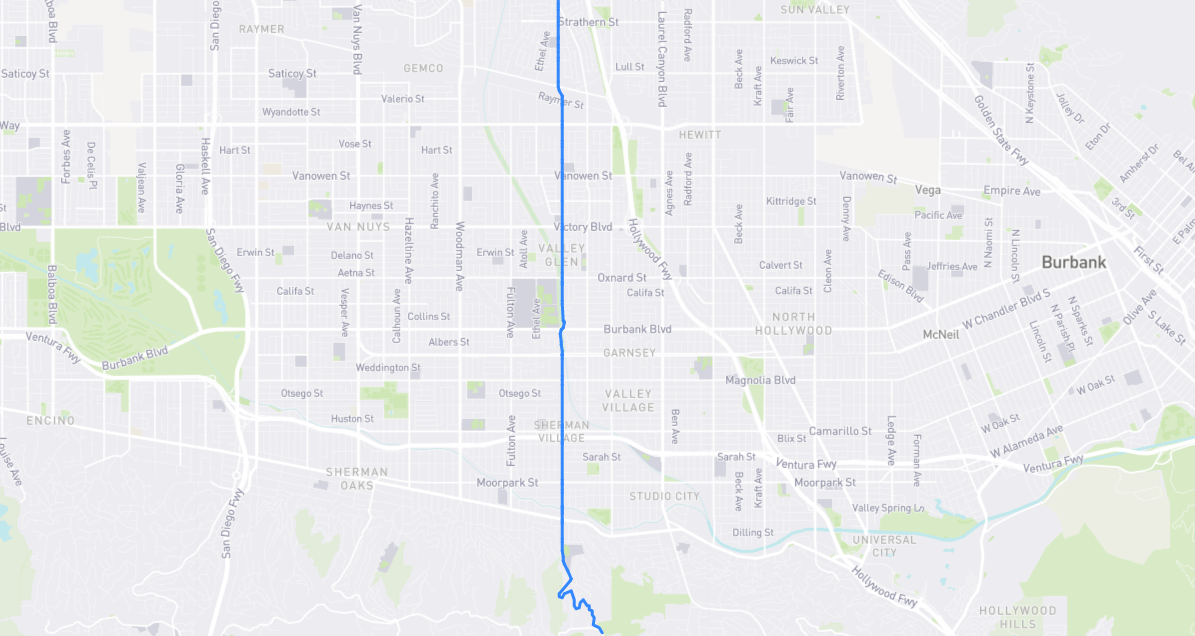