How did the Valley’s main drag get its name? You have to go back to Easter Sunday, 1782, when Junípero Serra established a mission near the California coast and named it in honor of San Buenaventura, a.k.a. Saint Bonaventure (1221-1274), a Franciscan bigwig from Italy who was canonized in 1482. The town that sprung up around this mission shortened its name to “Ventura” sometime in the mid 19th century. Back then, Ventura Boulevard was indeed the road to Ventura – a segment of the old El Camino Real (the King’s Highway) that connected all the California missions. It was informally known as “the Ventura County road” until 1911-1912, when locals started calling it Ventura Boulevard. The name was made official on October 30th, 1916. It was probably not a coincidence that, earlier that year, other east-west SFV streets were also named for Ventura County towns: see Saticoy Street for more. 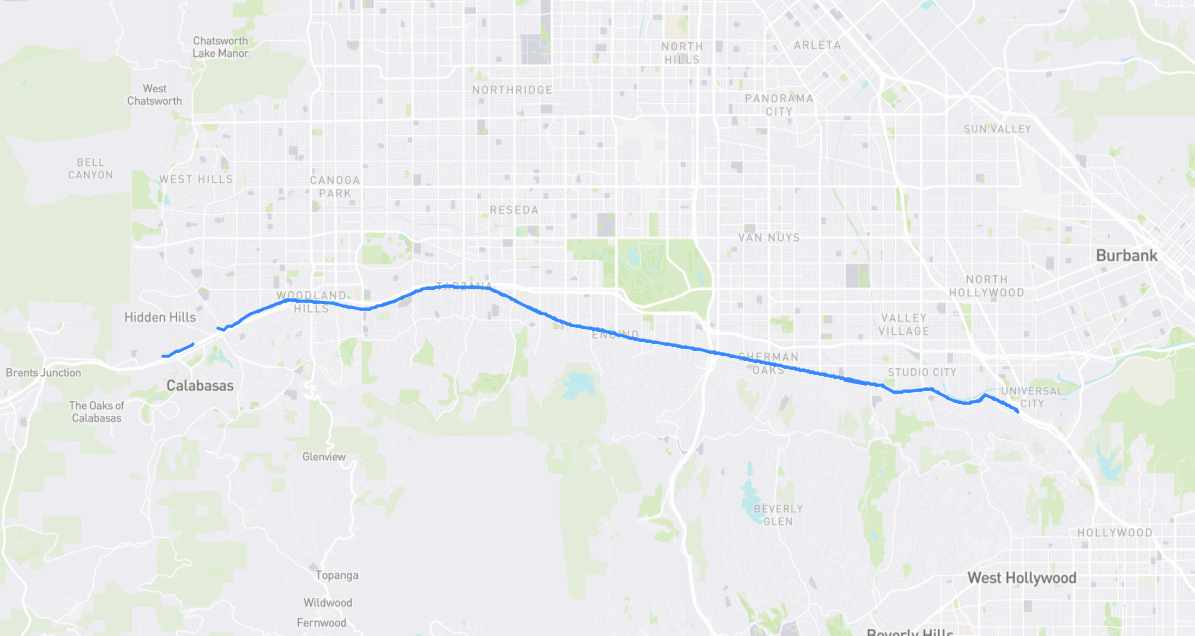