This little street was named in 1905… and that’s all I know for sure. “Cosmo” was a man’s name at the time, more common in England than in the U.S. By far the most prominent Cosmo in 1905 Los Angeles was British-born sugar broker Cosmo Morgan (c. 1860-1948). Well-known as he was, I found no connection between him and the Hollywood people who owned this tract. (His son Cosmo Jr. did grow up to work in Hollywood, particularly in children’s theater; after his death, Junior was accused of pedophilia.) My best guess is that someone either named this street after a relative or after the ever-popular cosmos flower, thinking “cosmo” to be the singular of “cosmos”. (It isn’t.) 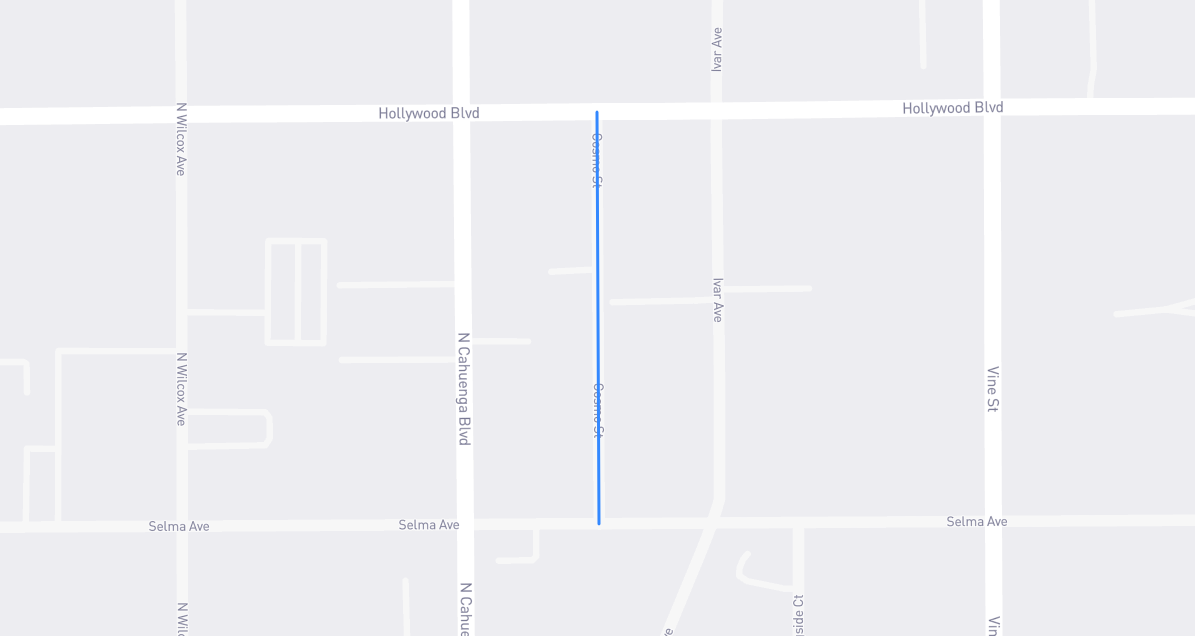