Driving up Doheny towards Sunset, you’ll see Cinthia Street in Beverly Hills on your left and Cynthia Street in West Hollywood on your right. What gives? Well, WeHo’s Cynthia came first: city historians claim that it was the fourth street in town (then called Sherman) and thus named around 1896. (No idea who “Cynthia” was; the namesakes of the first three streets were Sherman, Clark, and Larrabee, the Los Angeles-Pacific Railway top brass, and none had a Cynthia in his immediate family. And in fact the fourth street was actually Elwood Street, named for their colleague W.B. Elwood; it ran parallel to Larrabee but later vanished under Palm Avenue development.) A 1902 tract map clearly shows Cynthia Street between Clark (now San Vicente) and Larrabee. However, a 1906 map of Beverly Hills mentions a “Cinthia Road” at Cinthia Street’s current location. In short, the discrepancy goes back to the beginning: two surveyors forgot to compare notes, and thus each street was registered under its own spelling in its own municipality. 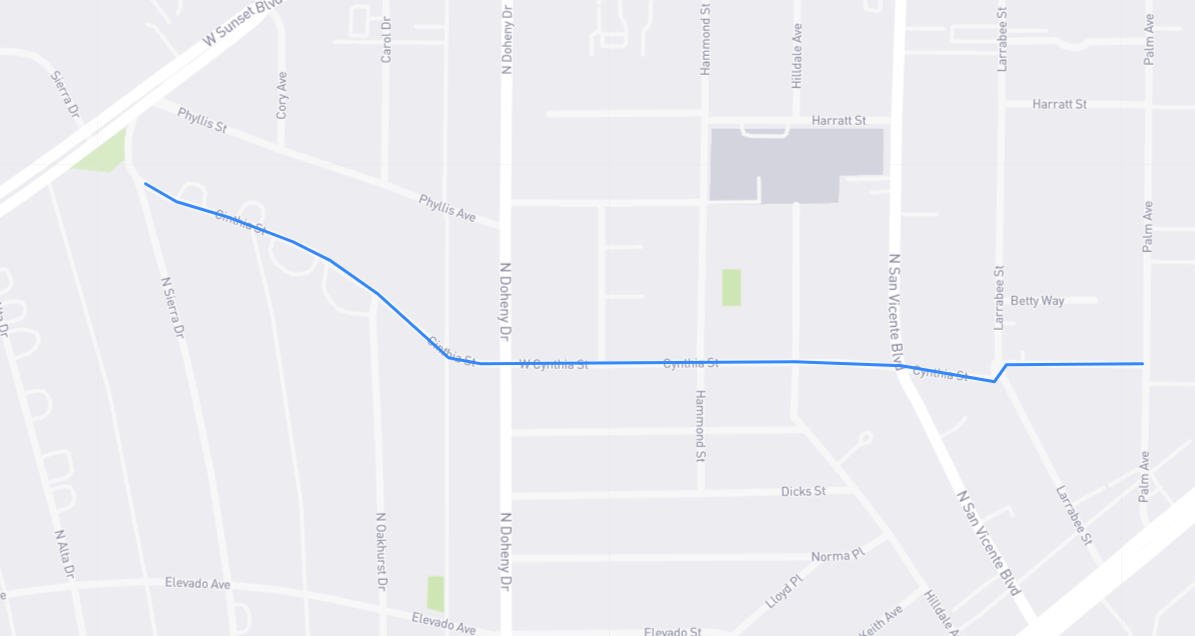