“Cushdon” is a portmanteau of “Cushing” and “Sheldon”: Benjamin Cushing Sheldon (1876-1959) opened the Country Club Highlands tract here in 1923. Sheldon was born in Missouri but raised in Minneapolis, where he dabbled in politics but was better known for his long distance swimming. In 1907, he purchased a 20 acre pear orchard in Medford, OR and soon became a civic booster; he even served on the Oregon state legislature from 1917 until 1922. That was the year he and his wife Edith took a second home in Los Angeles, with Ben venturing into real estate. They split their time between L.A. and Medford until 1932, when they permanently settled in Cheviot Hills. (Suspiciously, their Oregon house burned down just hours before their scheduled departure.) Sheldon named at least three streets after loved ones: Butterfield, for Edith’s maiden name; Aiken, for his brother; and Bradbury, for his brother-in-law. (Clarkson might be for a partner’s family.) 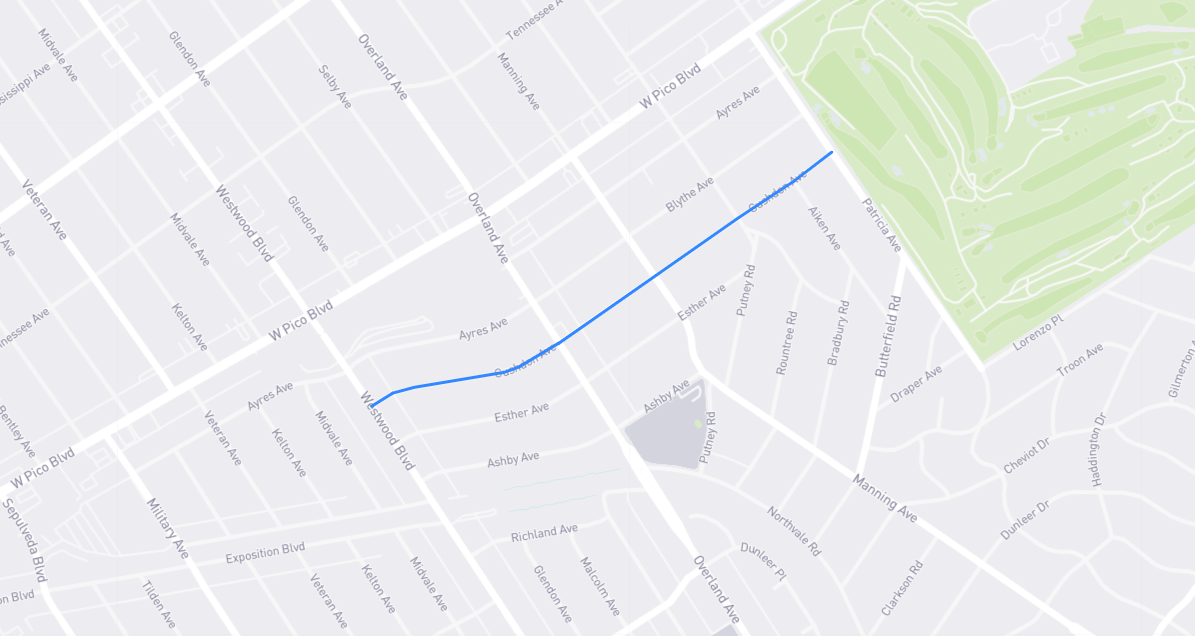