You’re right if you figured that Federal Avenue is called that because it abuts federal property – that is, the West Los Angeles VA Medical Center. But the road’s name actually hopped over Wilshire some time ago. Here’s the story: Federal Street, as it was first called, was laid out in 1905 on the Westgate tract and ran between Wilshire and Montana, alongside what was then called “Soldiers’ Home” (see Veteran Avenue). South of Wilshire, the road was known as 9th Street, as Sawtelle was then its own city. After Los Angeles annexed Sawtelle, 9th Street had to go, so it was briefly and awkwardly rechristened 109th Avenue. It adopted the Federal name in 1925. Years later, in 1956, half of Federal north of Wilshire was absorbed into San Vicente while the other half was named Bringham Avenue after a VA supervisor. 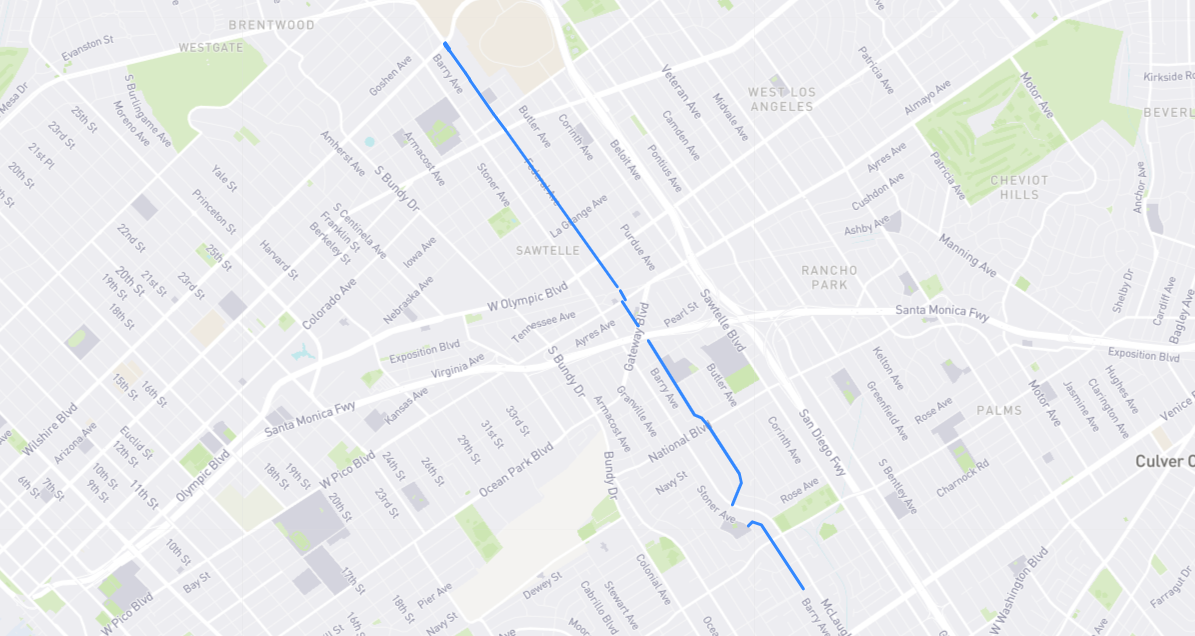