As you might guess, Yucca Street is named for the spiky succulent found throughout the Southwest. But back in 1887, when H.H. Wilcox laid out his Hollywood tract, he originally named it Ocean View Avenue. (You could see the Pacific from here back then, before all the buildings and trees and smog.) Ironically, when H.J. Whitley opened his Ocean View tract in 1902, this street’s westerly extension wasn’t called Ocean View but Rose Street. And east of Vine, it was known as Larquier Avenue! Anyway, the Yucca name was introduced in 1911 and took over all these little streets within two years. 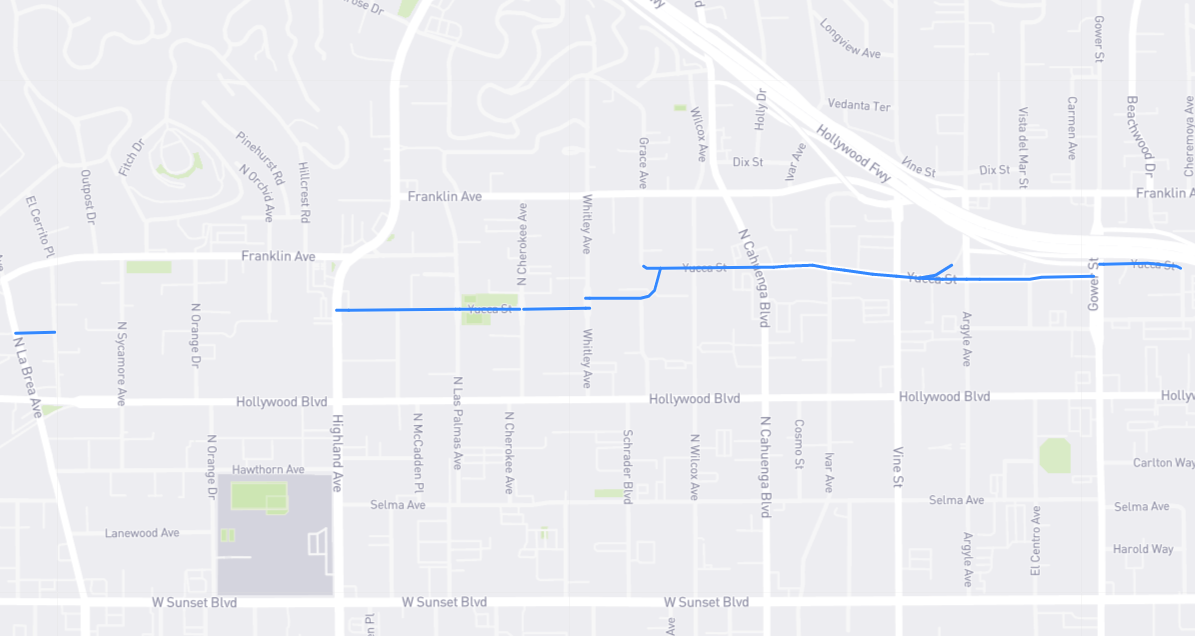