Named for George J. Dockweiler (1925-2020), an Oxnard-based construction superintendent who had worked for prolific Southland developer Geoff Palmer, who set up a tract here in 1988. Not much is known about George Dockweiler. He was born and raised outside of Chicago and was living in Oxnard by 1957. He and his wife Imogene “Jean” Dockweiler (1927-1998) had six children – one of whom, Douglas, died in 1986, a month before his 18th birthday. (Cause unknown.) He was not related to famous L.A. attorney Isidore Dockweiler, for whom Dockweiler State Beach is named. As for Dockweiler Drive, it was originally intended to connect with Bouquet Canyon and Seco Canyon roads four miles away. Even in 2012-2015, there was talk of extending Dockweiler to Lyons Avenue. So far, no dice. 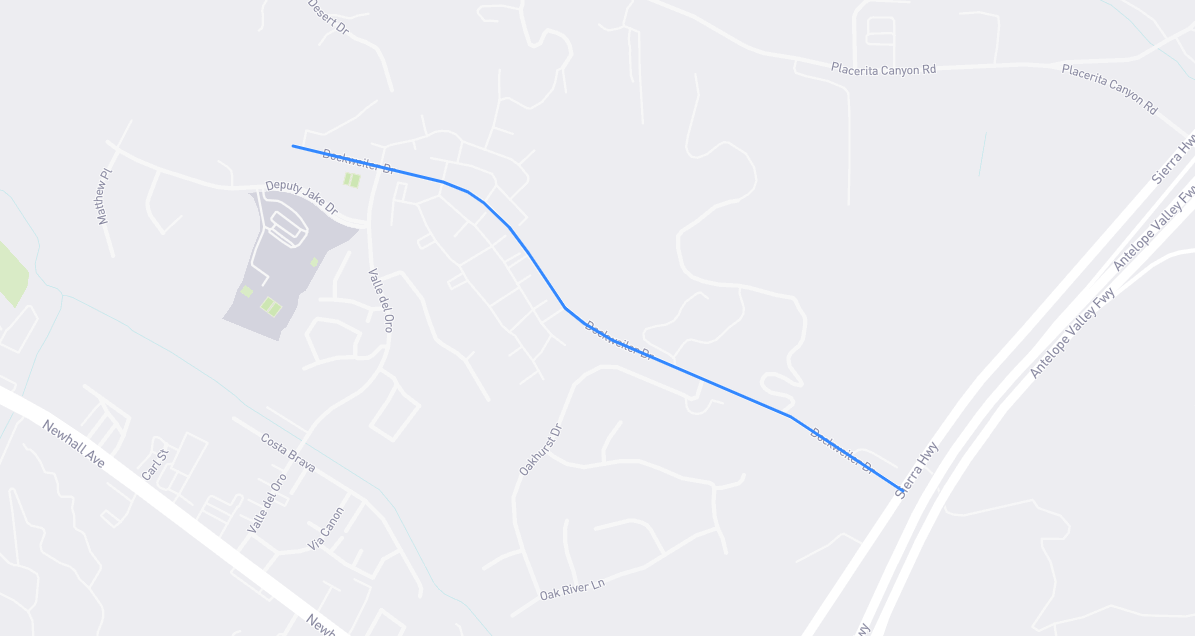