As you might guess, el centro means “the center” in Spanish, and this street signified the center of U.S. Senator Cornelius Cole’s original ranch. Here Cole founded the town of Colegrove, south of Sunset Boulevard, just as Harvey and Daeida Wilcox were establishing Hollywood north of Sunset. (It’s debatable who actually named Sunset, but my money’s on the Wilcoxes.) The El Centro tract and avenue were set up in 1902. One of the Wilcoxes’ streets, which they optimistically dubbed Grand Avenue, would eventually be taken over by El Centro. That probably suited Senator Cole just fine, as there was reportedly bad blood between him and Ida Wilcox. 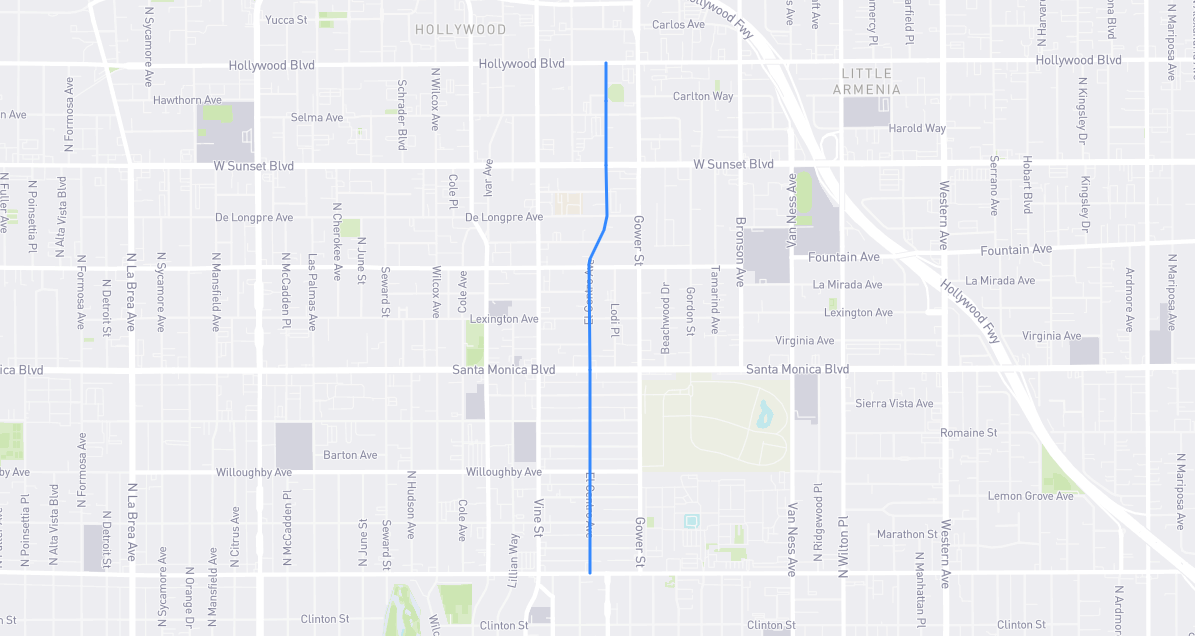