Cornelius Cole (1822-1924 – yes, he lived to be 102) was a New York lawyer who came to California in 1849 for the usual reasons – gold! – but soon got into politics and founded the California Republican Party. A friend of Abraham Lincoln’s, Cole served in the House from 1863 until 1865 and in the Senate from 1867 until 1873. Later, as an attorney, he helped Henry and John Hancock confirm their title to Rancho La Brea, and received as payment 483 acres of said rancho. Here Cole established the town of Colegrove while the Wilcoxes were promoting Hollywood immediately to the north. (“Colegrove” was actually for Cole’s wife Olive, whose maiden name, no joke, was Colegrove.) Cole himself lived in San Francisco until he retired to Colegrove in 1880. His town was annexed by the City of Los Angeles in 1909. Olive Avenue, named for Cole’s wife, has since been changed to Romaine Street, but other streets here have kept their Cole-powered names: Cole Avenue and Place, naturally; Seward and Willoughby for Cole’s sons; Waring for his son-in-law and/or daughter; Eleanor for his daughter-in-law and/or granddaughter; Barton, Gregory, and Camerford for his grandsons;  El Centro for the center of his ranch; Lodi Place for his hometown of Lodi, NY; and finally the world-famous Vine Street for his vineyard. 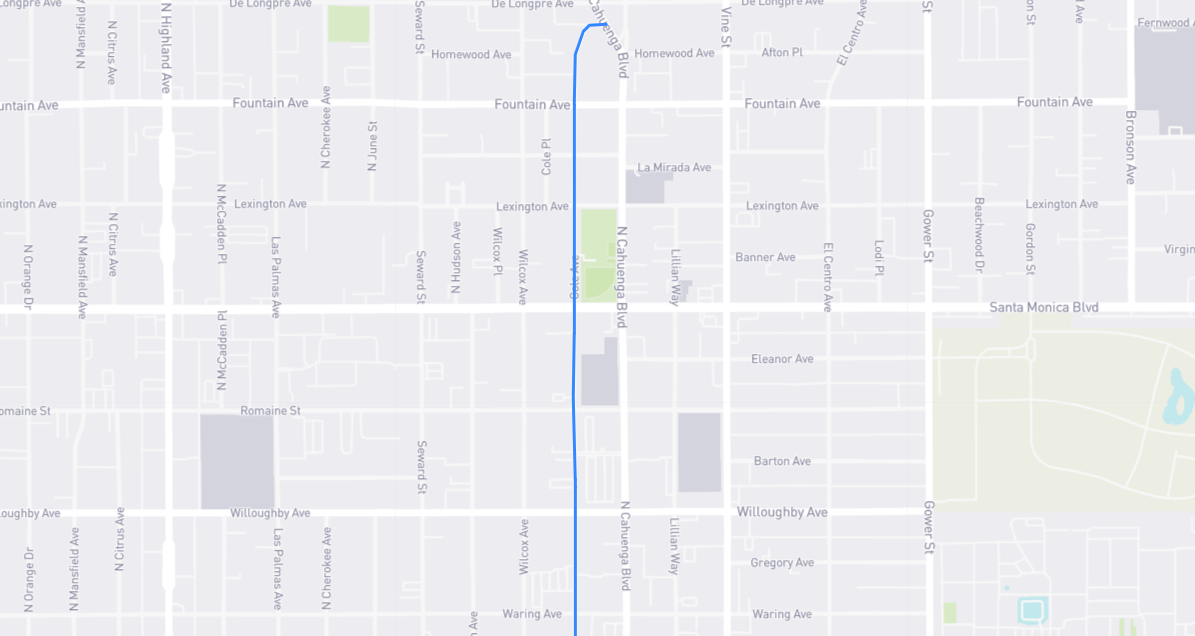