These days, “satsuma” usually refers to a variety of mandarin, often mistaken for a tangerine. But this street was named for the satsuma plum. Said plum was grown by Carl Alfred Frieburg (1866-1936), a Swedish immigrant who came to Toluca around 1891 to manage General Charles Forman‘s fruit orchards. Frieburg later became a successful grower himself, owning some 65 acres in the area. According to his daughter Elna, when local leaders offered to name a different street in his honor, the humble Swede suggested it be called Valley Spring Lane instead. And so it was. That said, nearby Elmer Avenue might be named for Frieburg’s son. 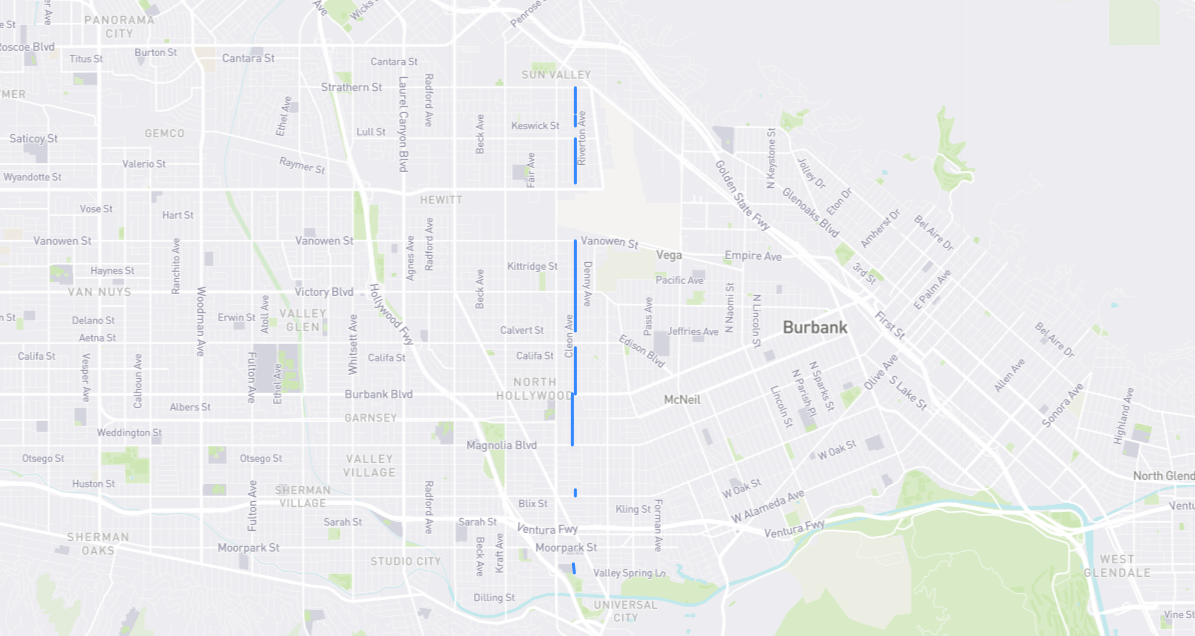